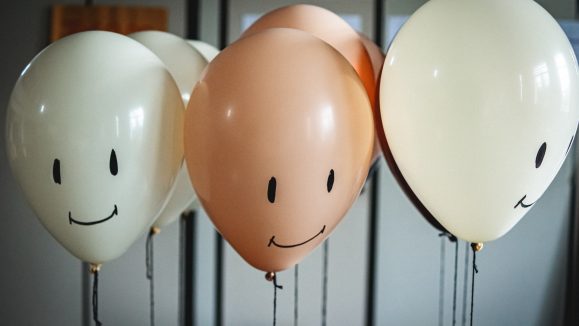 Protests against police violence in the United States have dominated headlines since George Floyd was killed in Minneapolis on May 25. Police have been out in force to break up protests amid escalating violence. It’s unclear how things will proceed from here, but the cycle of violence unfortunately continues.

Types of ammunition called rubber bullets or bean-bag rounds are key weapons in a crowd-control police officer’s arsenal. Rubber bullets were first introduced by the British army to control riots in Northern Ireland in the 1970s, the “rubber” part added to persuade the media they weren’t particularly dangerous. They’re often referred to as “less lethal” ammunition as they’re intended to deter rioters by wounding rather than killing. But is that the effect they’ve actually achieved?

These “less lethal” rounds can lead to horrific injuries. While all injuries are alarming, as an ophthalmology publication, we’re particularly concerned about injuries to the eye. And one thing that recent news had made clear is that rubber bullets can cause serious, permanent ocular damage.

That rubber bullets are dangerous to the human eye is not news: In fact, it’s been known for quite some time, the information gleaned from unfortunate protesters of the past. However, police in many countries still widely rely on rubber bullets and bean bag rounds, collectively known as kinetic impact projectiles (KIPs). Objections are mounting to their use from both the medical community and the general public.

You do not want this to be your eye.

Yes — when compared to live ammunition — KIPs kill their targets significantly less often. Plenty still suffer significant injuries, and some still die, though. How many, exactly? A BMJ study indicated that 3% of those struck with KIPs die, and 15% suffer permanent disability as a result of their injuries.

But exactly why are rubber bullets less lethal than standard-issue bullets?

In addition to being blunted and coated with rubber, rubber bullets have a larger surface area than bullets, slowing their flight. They are intended to be further slowed by being ricocheted off the ground at a distance of at least some tens of meters. Shooting directly at close range dramatically increases the danger they present as the ammunition is traveling at velocities high enough to cause serious injury.

Unsurprisingly, shots to the head and neck are the most dangerous since, well, these areas of the body are sensitive. The eyes are especially sensitive, and when a round travels a few hundred feet per second, the damage from it can be severe.

Many police departments train their officers to shoot below the waist, but recent news has shown that is not always the end result. And yes, sadly, this has led to some serious eye damage. What exactly can a rubber bullet do to a human eye though?

When the Rubber Hits the Eye

Say no to eye injuries.

It isn’t pretty when someone gets hit in the eye with anything, much less something that is intended to injure. The Nature study referenced above documented the types of injuries resulting from rubber bullet fire, and the results are disturbing.

Of those who had suffered eye injuries:

So, if one considers that KIPs are known to be inaccurate and crowds of protesters are rarely static, anyone at a protest should assume their eyes are at serious risk. Add in the fact that police themselves are often agitated at such protests and are certainly not all crack marksmen, and you have a recipe for disaster.

So, what can you do if you want to both protect your eyes and protest?

How to Protect Your Eyes from Rubber Bullets

Take a cue from the military and protect your eyes.

Unfortunately, most standard-issue goggles won’t necessarily cut it. Safety goggles you might find in a welder’s kit or a science lab almost certainly won’t protect your eyes if you take a hit from a close range KIP. Indeed, photojournalist Linda Tirado — who recently lost an eye to a rubber bullet — was wearing goggles when she was hit by a rubber bullet, though she noted her goggles came off with the force of the blow.

The best bet to protect your eyes are ballistic goggles — the same stuff the military uses. They’re meant to take a hit from a fast-flying projectile and protect the eyes from a potentially deadly “fully-lethal” round.

That said, if you don’t have the time or the funds to order ballistic goggles, a motorcycle helmet with a visor will at least provide some protection against rubber bullets. It will not make you invincible, however, and it’s still not advisable to take a rubber bullet shot directly to the visor.

We dread hearing about eye injuries, especially from violent situations. To consider how high of a priority protecting your eyes should be, ask yourself, “How much are my eyes worth?” If, like us, your answer is “A whole lot,” then taking some precautions will sound prudent.

Until KIPs are banned, we can assume they’ll continue to damage eyes into the future. For now, the best people can do is protect themselves.