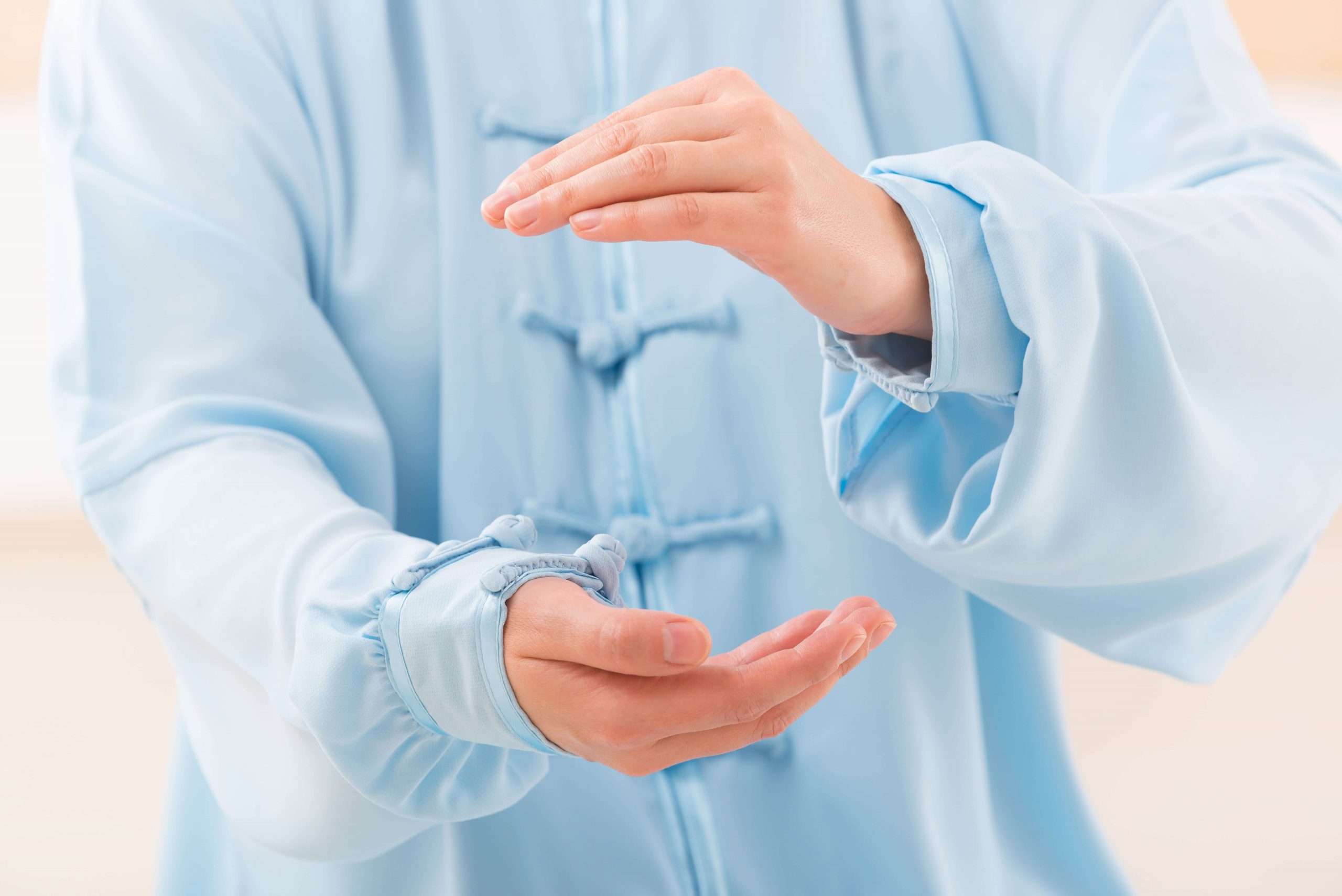 We’ve all heard of the ophthalmologist that doubles as a musical virtuoso. That said, how many of us know a serious Tai Chi-practicing ophthalmologist? Meet Dr. Boris V. Stanzel, a 40-year-old German ophthalmologist who has been based at Singapore National Eye Centre (SNEC).

Dr. Stanzel was an avid `yogi’ during medical school and practiced at least two to three hours daily.

“About 10 years ago I stopped yoga and picked up Tai Chi. It is easy to practice as I can do it anytime for any length of time.” The greatest beneﬁts of Tai Chi, he said is to make the mind clear and build up body resilience. To Dr. Stanzel, being in a state of meditation is when one is completely focused in doing something, and when one’s whole body and mind are in balance, where energy ﬂows smoothly.

“This principle also applies to my medical practice. Every alignment of the body and the joints matters in surgery. Every little detail and attention must be perceived. Thus my motto is to strive to integrate balance and attention in what I do,” he said.

He makes it a point to inculcate Tai Chi to his work. “When I start the day doing Tai Chi, the day is so much better, I’m more focused and calmer at work, I speak better to patients, handle difﬁcult situation much easier,” he said.

Perhaps it’s Dr. Stanzel’s ability to go with the ﬂow that has enabled him to prosper as a researcher and surgeon. As we recount some biographical details about Dr. Stanzel, see if you can detect his self-actualized ability to accept things as they are (likely derived from his meditative practices), mixing in a bit of effort and luck, and how by stirring together this heady mix, he succeeds.

Along the Way, a Top Doc

Becoming an ophthalmologist was not Dr. Stanzel’s childhood dream but something that happened along the way, he said. Born in the small town of Backnang, 30 kilometers north of Stuttgart, Germany, Dr. Stanzel had lived in Backnang and in Slovakia during his teenage years.

He graduated with a medical degree from Medical University of Vienna in Austria, where he used to work as a massage therapist during his undergraduate years to earn extra money. It was during that time that he became interested in research work, and did it diligently as a source of income. In the winter of 1999 while at his fourth year of medical school, he was ﬁrst involved in a research project about the retina while working with Prof. Peter Ahnelt.

“That sparked my interest to become a retina surgeon. From then on, one thing led to another. I had the chance to meet more people in the ﬁeld, and more doors were opened for me to be involved in more research work,” he said. It was then that Dr. Stanzel met his mentor, Professor

Dr. Susanne Binder from Vienna who played an important role in his career. A surgeon who pioneered RPE transplantation, she invited him to join her research team.  That paved the way for Dr. Stanzel to pursue a postdoctoral fellowship in Stanford University School of Medicine in California, focusing on replacement strategies and tissue engineering of the RPE.

“When I started being involved in cell culturing for RPE, it was still very new and we were conducting many clinical trials.  Stem cell derived RPE only became ‘hip’ about 10 years after pluripotent stem cell technology was known,” he explained.

In the last few years, Dr. Stanzel had been working on stem cell replacement for age-related blindness. With his collaborators, he performed a world ﬁrst: the transplantation of retinal pigment epithelium into the subretinal space of rabbits – a ﬁrst in a large-eyed animal model.

Having practiced and conducted research in the United States, Germany and Austria, Dr. Stanzel came to Singapore a year ago. He had longed to work at the Singapore National Eye Centre (SNEC) since he ﬁrst visited the center in 2005.

“In 2005 I came to Singapore for the ﬁrst time for the Asia ARVO (The Association for Research in Vision and Ophthalmology) conference. I have always been attracted by Asia and I felt this connection in Singapore. Then when I visited the SNEC, I was truly impressed and told myself I would want to work there,” he shared.

Coincidentally, it was also at this conference that Dr. Stanzel met his wife Tisha, a Thai ophthalmologist specializing in the cornea. The two tied the knot a few years later and now have a ﬁve-year-old daughter.

Dr. Stanzel’s clinical practice also required him to look into age-related macular degeneration (AMD) that affects a quarter of population above age 65 whereby your ability to read ﬁne prints are gone.

“In 2016, I was involved in a lot of `monkey work’!” he jested. “Monkeys are the only animal that, like human beings, have a macula in the eyes. Therefore it is important to carry out the research on the monkeys, if one intends to treat AMD.”

Throughout his career, many aspects of this work have been incorporated into a pig model at the US National Eye Institute, where Dr. Stanzel is a consultant for the institute’s iPSC-RPE clinical trial. He has also written and published a many important papers and book chapters on RPE.  He was even touted in a magazine as a future Nobel Prize laureate, for his stem-cell transplantation program and for the future treatment of AMD, but he modestly dismissed it.

When asked what he enjoys most about his work, Dr. Stanzel replies: surgery, research and writing.

“The biggest challenge is that as a doctor, I am in an ‘always-on’-mode, as I am dealing with precious lives,” he said, adding that another challenge is having to navigate through red tape when writing a grant application or paper.

Just as in the past when global opportunities had knocked on his door, Dr. Stanzel’s career is taking him places again. He would be leaving Singapore in March for Saarbrücken, Germany, where he had accepted a very competitive offer to join an academic teaching hospital (Department of Ophthalmology headed by Prof. P. Szurman at the “Knappschaftsklinikum Sulzbach”) to work as a consultant for medical and surgical retina, as well as cataract surgery. He’ll also have a joint appointment at the Fraunhofer Institution to continue his research.

His immediate goal now is to build a new home base for his research and clinical work in Germany.

“For research, I’ll be building a cell therapy group with the aim to initiate the ﬁrst European clinical trial for stem cell based therapies for retinal/RPE disease. Besides that, I hope to explore all those forests surrounding Saarbrücken on bike and foot with my family,” he said.

But his liaison with the Lion City does not end here, as Dr. Stanzel noted that there will be some ongoing research projects that may require him to travel now and then back to Singapore – where his heart and meditative spirit resides. 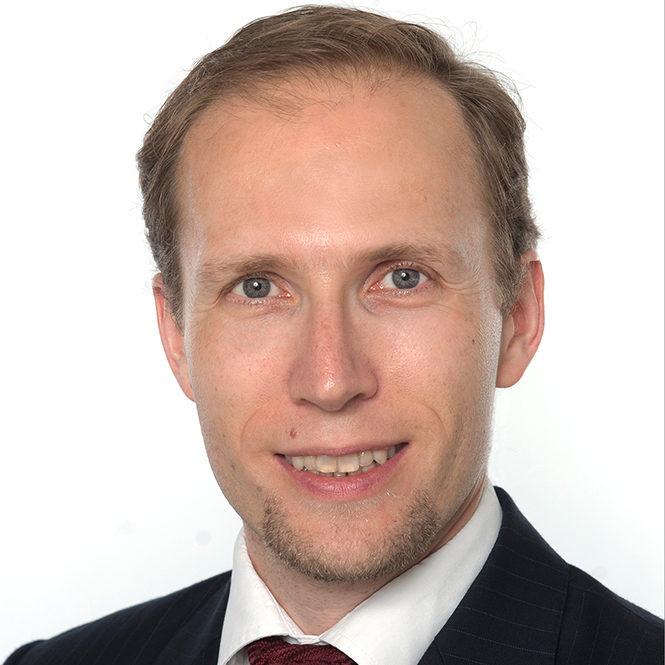 Dr. Boris V. Stanzel is known for meditating in between surgical cases, a practice he said, that makes him a better and focused surgeon. Email: boris.viktor.stanzel@snec.com.sg.