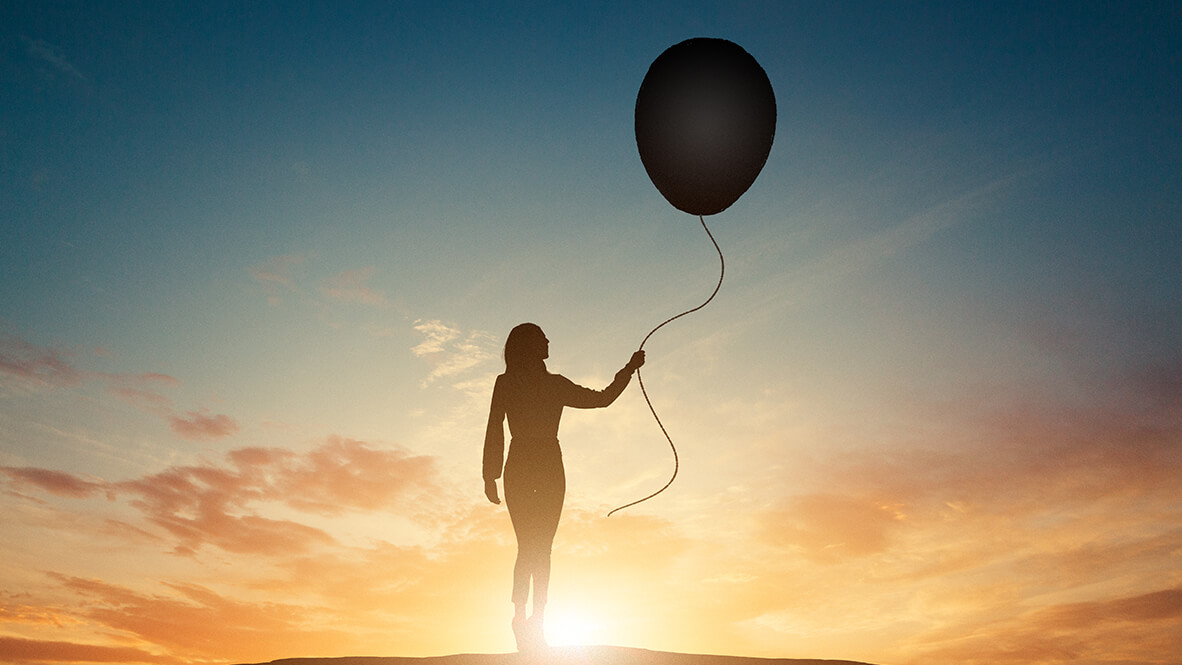 Vitreoretinal specialist Dr. Judy Kim – the first Korean-American to be elected into the American Ophthalmological Society – pursues her passions with faith and perseverance, and her numerous achievements attest to her accomplishments.

Dr. Judy Kim comes from a close- knit South Korean family who believes in giving their children the best. When she was 9-years-old, her entire family moved to Japan, and then to the United States when she was 11.

Her parents have always been a strong influence. “My parents did not distinguish between their two daughters and two sons when choosing a career path, unlike many Asian parents of that generation. In fact, a big factor in my parents’ decision to immigrate to the United States was to allow the best opportunities, even for his daughters. My mother, a career woman as a pharmacist, was a role model for me. And my father often said his inheritance to his children is education and faith, both of which cannot be taken away by anyone or anything,” shared Dr. Kim.

After graduating from the University of Chicago, Dr. Kim attended the Johns Hopkins University School of Medicine. During the second year of medical school, she was selected for the Howard Hughes-NIH Research Scholar Program, which provided housing at the National Institutes of Health campus. She found her purpose there, where she worked daily to solve questions that could benefit people in the future.

“What can I do to help others and make a meaningful contribution to the society? This is the question that drives me until today. I want to be a part of the solution. I want to be a change-maker. The things I learned while learning to do research – the importance of collaboration, being open minded, asking the hard questions, thinking analytically as well as creatively, being open to guidance, valuing data and objectivity, as well as gut instinct, staying inquisitive, and giving my best, have all helped me greatly throughout my career,” she said.

When she returned to John Hopkins, Dr. Kim took an elective in ophthalmology in hopes of easing into clinical clerkships. This step changed her career trajectory from becoming an immunologist to an ophthalmic surgeon.

“While at Bascom Palmer as a resident, and Medical College of Wisconsin as a vitreoretinal fellow, I had many great teachers and mentors with whom I still interact closely. I cannot thank them enough for their generosity in time and sponsorship, both in the field of ophthalmology and in leadership opportunities. I am also blessed with amazing friends and colleagues. Through my observations and interactions with them, they have been my mentors, helping me to improve in my various roles. I try to pay back by mentoring and helping others.”

“I became an ophthalmologist, more specifically a retinal diseases and vitreoretinal surgery specialist in academic medicine, because it perfectly fits my interests. I enjoy working with my hands, solving complex problems, teaching and mentoring, and interacting with and helping people of all ages and all walks of life. The field has seen numerous exciting technological and pharmacological advances and continues to do so, which fuels my curiosity and pursuit of knowledge,” said Dr. Kim.

“I appreciate the opportunity to assist in moving the field forward through research, clinical trials, teaching and leadership in various organizations,” she said, adding that it has been rewarding to initiate and lead a successful teleophthalmology program – TeleEye Health Collaborative – with her community partners to prevent vision loss in their community.

“Of all the senses, people value sight the most,” she continued.

“How lucky am I then to be able to preserve sight on a daily basis, while training the next generation of bright ophthalmologists and collaborating with like-minded colleagues around the world to benefit our patients, communities and societies . . . it is too much fun and rewarding to be called a job!”

The Key to Success

While Dr. Kim has received many awards and honors, including: appearing on the Best Doctor list annually since 2003; being inducted into the Retina Hall of Fame as an inaugural member; receiving the Honor Award and Senior Honor Award from the American Society of Retina Specialists (ASRS) and the American Academy of Ophthalmology (AAO); and giving named lectures. She is especially proud of being the first Korean-American to be elected into the American Ophthalmological Society (AOS).

“AOS is the first specialty society in the United States and the members have influenced virtually every facet of ophthalmology. I am grateful to be a member, since it is not only an approval by exceptional peers as having achieved a distinction in the art and practice of ophthalmology, but also because one had to write a thesis that had to be accepted!”

“I am also the first Korean-American to be elected in the Board of Trustee of AAO and to have served on the board of all three American retina societies (ASRS, Macula and Retina). I am only the second woman to be on the executive committee of ASRS and will become the president of the largest retina society in the world. I have grown through these and other leadership opportunities, learned from exceptional leaders, and have enjoyed leading various organizations with vision and strategic implementation,” she said.

Dr. Kim believes that the key to her accomplishments is treating other people with respect and compassion, listening to others, working hard beyond the expectations of others, forgiving herself when she fails and learning from it, and staying positive and persevering. Given her background, she believes she tends to have a global view and strives to be a bridge between the East and West.

“Honestly, I did not strive to be the first Korean-American in these areas, but they happened while I pursued my passion. I do not think about being a woman or Asian-American or being ‘vertically challenged’ (except when the circumstances take me there).

However, I often think about becoming the best human being that I can be, while helping others to achieve the same. I am still a work in progress and under construction,” she said.

Dr. Kim attributes her achievements to her family who supported her all the way. “I am where I am not only because of my mentors and friends, but because of my family. While my children were younger, I always felt guilty that I was not spending enough time with them. Now my daughter, a resident in obstetrics and gynecology, and my son, a Naval Academy graduate currently training to be a Marine pilot, say that they are glad that I was a full-time career mom, since my work allowed them to be spared from my constant attention!”

“I give special credit to my husband, who has been my partner in life, best friend, cheerleader, confidant, and advisor . . . who keeps me grounded and shares many of the household chores. He jokes that he had to cook in order not to starve while waiting for me to come home! While my work has been all consuming, my family makes it worthwhile as they cheer in my successes and encourage me in times of adversities,” said Dr. Kim. “My husband and I enjoy traveling to international conferences, medical missions, gardening and singing in the choir. While work and children are important, I advise young couples to invest in the relationship with their spouses. Because once the children grow up and are out of the house, you will be left with your spouse. A happy spouse equals to a happy house!” she said.

As the landscape of ophthalmology continues to evolve, Dr. Kim wishes that there will be improvements in screening and early diagnosis, lower costs and a reduced treatment burden. “Perhaps incorporating artificial intelligence will make much of this possible, but we need some changes in policy,” she commented.

To ophthalmologists starting out in their career, she says: “Have fun! We are working in an amazingly rewarding field that is also constantly changing. Changes bring challenges but also opportunities. Be prepared for these opportunities and take a chance on yourself. You might like it! Also, do some soul searching to identify your strengths, weaknesses and your source of fulfillment in life. Work toward your goals, not what others expect of you. There are more female colleagues in our field than ever, and we should support each other. Good mentors can be found in women as well as men, you just need to reach out and ask. Most importantly, have fun while collaborating and improving lives!” 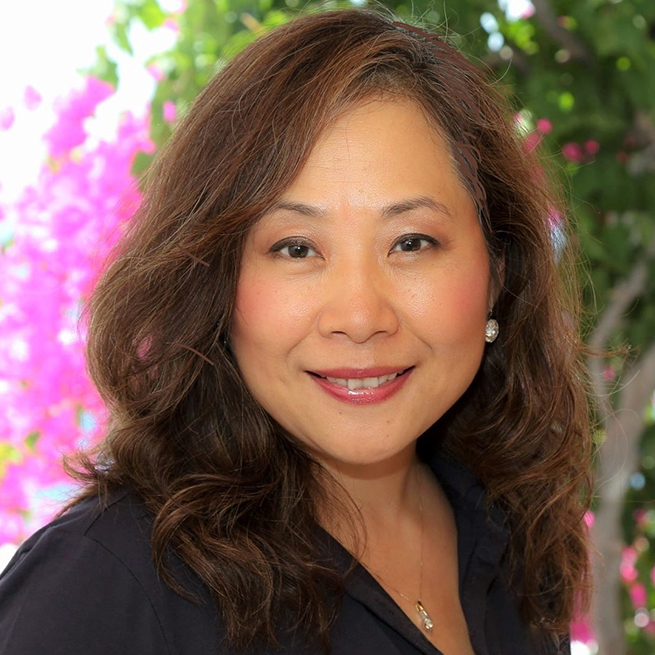 Judy E. Kim, MD, is a graduate of the University of Chicago, Johns Hopkins University School of Medicine, and Howard Hughes Medical Institute-National Institutes of Health Research Scholars Program. She completed her ophthalmology residency training at Bascom Palmer Eye Institute and vitreoretinal fellowship at the Medical College of Wisconsin. Currently she is a professor of ophthalmology at the Medical College of Wisconsin.  Dr. Kim has received numerous awards and honors, including being named in the “Best Doctors in America” annually since 2003 and is included in the US News & World Report Best Doctor listing. She has received the American Academy of Ophthalmology Achievement Award and Senior Achievement Award, as well as the American Society of Retina Specialists Honor Award. She has been elected to many regional and national leadership and committee positions and serves on the review boards of a number of peer-reviewed journals. Dr. Kim has published extensively and is a sought after lecturer and presenter nationally and internationally. She is actively involved with Diabetic Retinopathy Clinical Research Retina Network and has served as a Principal Investigator in a number of multicentre clinical trials related to vitreoretinal diseases and surgery. Her research interests include clinical trials, diabetic retinopathy, age-related macular degeneration, surgical retinal diseases, telemedicine and ocular imaging. Email: jekim@mcw.edu.