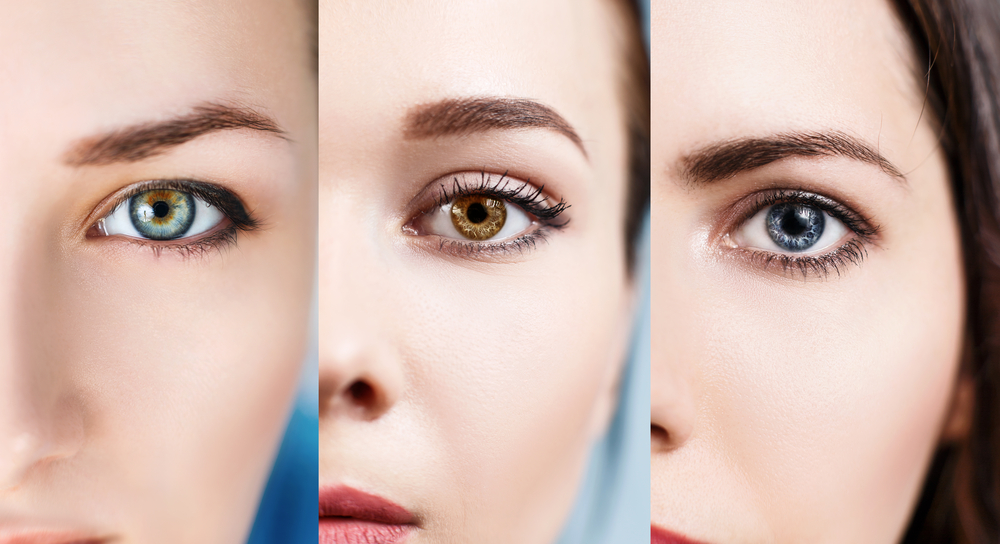 If you ask the general public for their opinion on the most interesting thing about eyes, they will almost certainly respond with color — and so thus, the iris. Wherever there is diversity in human eye color among a population or culture, different importances will be placed upon the aspects of iris color — almost none of which will have any real ophthalmological ramifications, and will instead focus on a variety of different factors, ranging from simple beauty to personality traits.

Now that’s all well and good, especially for your writer whose Viking heritage shows via his dirty blonde long hair and cold blue/grey eyes, but an article covering a popularity poll on our favorite eye colors might not be particularly interesting to you (if it is, leave us a comment on social media!). No, we prefer altogether more harrowing topics over the wholesome, so instead of writing an article about color, we’re going to write one instead about the iris … cancer of the iris that is.

Yes, iris cancer is a thing — and will likely haunt the dreams of a couple of people who are reading this article, but nonetheless, it’s probably worth starting off with the fact that it is rare. It usually presents as a secondary complication caused by cancer metastasizing from other parts of the body.

Another cause is melanoma. Its incidence varies widely between populations, with the highest incidence among Caucasians, and a south-to-north increase in Europe, which unfortunately for the writer’s sleep, is correlated with having blond hair and blue eyes.1 But to spare his sanity we’ll take a look at this another day.

In this article, we’re going to specifically cover tumors of the iris that have spread from cancers located in other parts of the body, and there are a number of locations from which it can spread. Again, this is a rare event, with one study reporting that in cases of systemic cancers ocular manifestations are only observed in 4% of cases of systemic carcinomas, and out of this figure, the breasts and lungs are the most common primary sites at 47% and 21% respectively.2 But other origins occur and in the first case study, we’ll cover we’ll look at the story of a 24-year-old Pakistani man who presented to a hospital with complaints of redness, blurring of vision, pain, and photophobia in the left eye for three weeks.

His intraocular pressure (IOP) was somewhat above normal and not alarmingly so, but what particularly concerned the study’s authors was the presence of a pinkish-white lesion on the iris, and the fact that he had developed vitiligo six months prior to his complaint of ocular problems. Treatment for the ocular issues was commenced as was testing for uveitis, however, his workup came back as normal; then four weeks later, he developed right-sided supraclavicular lymphadenopathy, indicating the presence of lymphoma.2

After that, an anterior chamber paracentesis was carried out which confirmed that the lesion was a solid mass, and even more worryingly for our unfortunate subject, multiple enlarged enhancing lymph nodes with a necrotic center in the cervical, mediastinal and para-aortic regions were discovered. A final diagnosis of iris metastasis secondary to upper gastrointestinal carcinoma was made, which was particularly unlucky as only 4% of ocular metastases originate from the gastrointestinal tract.2

When metastatic iris tumors occur, they can be devilishly difficult to treat. This is something we learned when looking at our second case study, involving a 56-year-old woman from Japan who was diagnosed with lung adenocarcinoma one year before complaining of ocular hyperemia and pain in her right eye. She had already undergone radiotherapy due to multiple bone metastases, and a slit-lamp microscopy revealed a 2×2 mm elevated lesion with partial depigmentation on the lower iris. Her doctors decided on a palliative approach as the median time interval between the detection of iris metastasis and death is reportedly 24 months.3

Our Japanese doctors decided to use anterior segment optical coherence tomography (AS-OCT) in treatment as it provides high-resolution cross-sectional images of anterior segment tissues including the iris with no dye injection. She underwent radiation therapy to the right eyeball and medulla oblongata, and AS-OCT showed shrinkage of the iris tumor and thinning of the iris tissue. Our doctors concluded that AS-OCT is useful for evaluating detailed anatomical findings and post-treatment sequential changes in the management of metastatic iris tumors.3

So while iris tumors are something of a horrifying thought, we have a silver lining here: AS-OCT can help make more detailed scans that can be used in better palliative (or hopefully curative) care. We’ll leave the final word to our Pakistani colleagues: “Patients presenting with red eyes should receive a thorough assessment and a particularly detailed evaluation of the iris to rule out rare presentations of serious conditions such as masquerade syndromes.”2

Now try to get a good sleep tonight (cause I won’t).