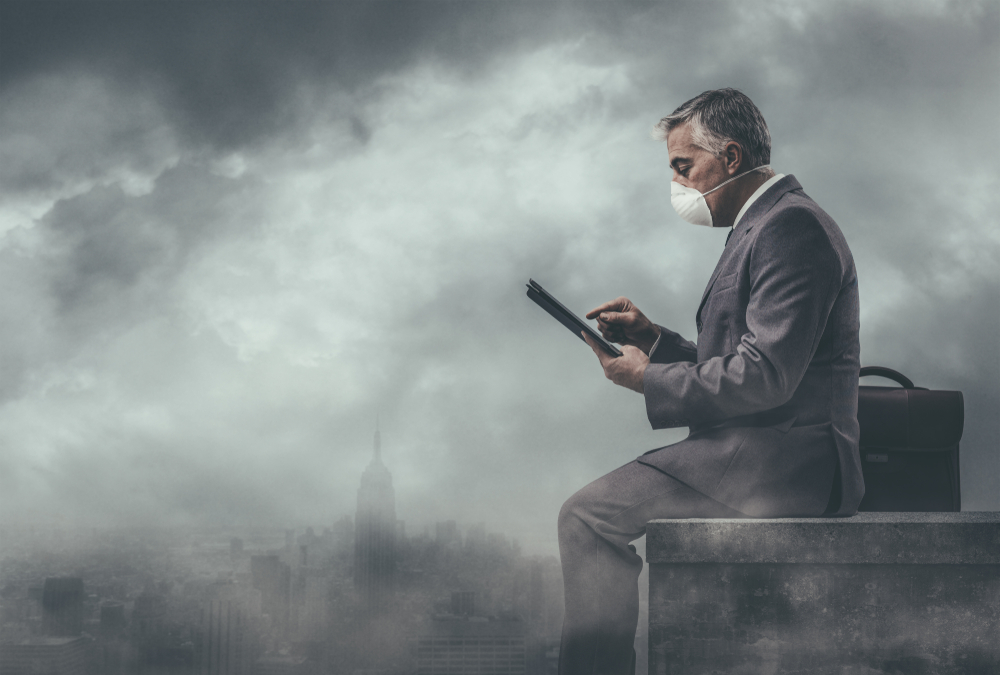 We are all aware of the perils posed to our planet via polluting agents and greenhouse gasses. Pollution can significantly decrease a person’s quality of life and in extreme cases, can render a place uninhabitable, especially if you have a respiratory condition like asthma. Strokes, some forms of cancer, and many other diseases can be caused by this blight.

That’s all well known, but pollution can affect our eyes too, and could potentially cause age-related macular degeneration (AMD). According to a group of researchers based primarily in the U.K., there is a clear correlation between pollution and greater risk of developing AMD. For those of our readers living in places with low air quality or environmental damage issues, take note.

AMD is a common condition that ophthalmologists deal with, and one they are likely to encounter on an almost daily basis. A progressive and degenerative condition, AMD begins without clear symptoms and causes vision to blur or to fade entirely in the center of the visual field. The condition does not actually cause blindness in of itself, but it can damage one’s vision to the extent that it becomes difficult to recognize faces, drive or read, and hallucinations have been known to occur.

Wet or Dry, AMD Can Make You Cry

There are two forms of AMD, namely dry and the less frequently encountered wet, which, despite its lower rate of occurrence, is responsible for 90% of all cases of acute blindness caused by AMD. Of most importance to us is the identification of risk factors in the development of AMD — with the first being advanced age and exposure to environmental factors which induce high levels of oxidative stress that damage the macula. This then leads to inflammation and induces a vicious cycle, causing central vision loss.1

Some of the usual suspects also appear in the lineup of risk factors for AMD, including tobacco smoking, high blood pressure, obesity, poor lifestyle choice, and poor diet with a high intake of fat. Also, genetics do play a role in AMD and genetic testing has been shown to be beneficial in people who have a family history of the condition. According to one study, patients should be categorised into those with no apparent aging changes, normal aging changes, and then early, intermediate and late AMD stage. This should help clinicians predict the risk of AMD progression and in establishing recommendations for the diagnosis of the condition.2

Of the patients that are triaged according to this system, how many were put there thanks to exposure to air pollution? The researchers behind Association of Air Ambient Air Pollution with Age-Related Macular Degeneration and Retinal Thickness in a U.K. Biobank3 set out to discover just that. They looked at 115,954 U.K. Biobank (that is a large long-term biobank study) participants aged 40-69-years-old in this cross-sectional study. Participants with self-reported ocular conditions, high refractive error (< -6 or > +6 diopters) and poor spectral-domain optical coherence tomography (SD-OCT) images were excluded.

Maybe we should start wearing gas masks as well?

The study found that people who were exposed to higher fine ambient particulate matter with an aerodynamic diameter <2.5µm had higher odds of self-reported AMD (OR=1.08, p=0.036); thinner photoreceptor synaptic region (β=-0.16µm, p=2.0 × 10-5); thicker photoreceptor inner segment layer (β=0.04µm, p=0.001); and thinner RPE (β=-0.13µm, p=0.002). This led the researchers to conclude that that people exposed to an additional one microgram per cubic metre of tiny particles had an 8% higher risk of developing AMD, demonstrating a clear correlation between air pollution and the disease.3 As the average age of the study’s participants was 60, this indicates how much of a growing concern AMD is likely to be in the coming years.

So, for those of our readers living in areas with higher than average air pollution, please take note, it could potentially cause damage to your eyesight. This especially applies if you have any of the classic AMD risk factors like high blood pressure or a history of smoking. As these issues are frequently encountered in towns and cities experiencing post-industrial decline, for example like Detroit, Glasgow and others, clinicians living in similar areas may find their patients benefit from increased screening.