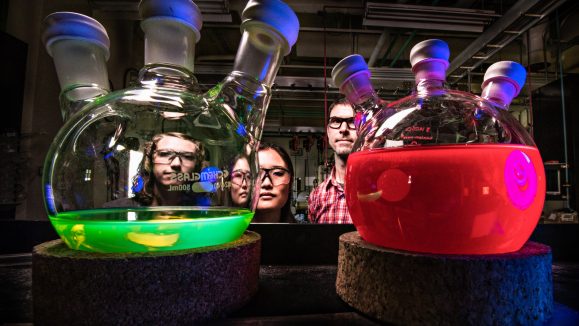 Six months on from the company’s launch of its new anti-VEGF drug Beovu® (brolucizumab), the company is facing a challenging road ahead.

Designed to treat wet (or neovascular) age-related macular degeneration (nAMD), Beovu received FDA approval in October 2019. Heralded as a game-changing drug, it was supposed to revolutionize AMD treatment thanks to its reduced injection regime.

Yet, Novartis’s star drug may cause potential vision loss in certain cases, as PIE magazine reported in February. Novartis announced on April 8 that there was a “confirmed safety signal of rare adverse events of retinal vasculitis and/or retinal vascular occlusion that may result in severe vision loss.” Novartis reports the incidence rate is rare, occurring at a rate of 5.84 per 10,000 injections.

Novartis has stopped short of issuing a recall for Beovu opting instead to launch a safety information update to its prescribing information worldwide and inform international health authorities. Stressing that the company would continue to work with data monitors and investigators to observe ongoing clinical trials, Novartis continues to believe that, “Beovu represents an important treatment option for patients with wet AMD with an overall favorable benefit-risk profile.”

Novartis is also adamant that Beovu “remains the only anti-VEGF treatment approved for wet AMD that offers the option to start eligible patients on three month loading intervals immediately following the loading phase.”

Novartis added that it remains “committed to collaborating with the scientific community to better understand the causes, potential risk factors and management of these events.”

Red flags began to appear in February when the American Society of Retina Specialists (ASRS) warned its members about 14 cases of retinal vasculitis affecting patients receiving Beovu. This included 11 occlusive retinal vasculitis cases, which could potentially result in vision loss.

This side effect has not appeared in clinical use of other anti-VEGF drugs like aflibercept (Eylea, Bayer).

How Bad Could It Get for Novartis?

While Novartis’s share price underwent fluctuation in March the company posted a relatively strong performance in it’s Q1 financial report. The company’s net sales grew 13% to $12.3 billion and net income grew by 24%. Despite bleak forecasts by some analysts about Novartis’s performance in the wake of Beovu’s shortcomings, the company is performing well despite the impact of the coronavirus.

In its Q1 report Novartis reiterated its commitment to retain all of its staff during the pandemic. The company also reported that it is participating in collaborative research efforts such as the COVID-19 Therapeutics Accelerator, coordinated by the Bill & Melinda Gates Foundation.

Beovu was heralded on its launch as a more effective successor to Novartis’s brand Lucentis (ranibizumab). It was well received as its dosing level was less frequent than its predecessor after an initial loading phrase.

This increased Beovu’s appeal to medical professionals who were keen to lower patient costs. It was hoped that Beovu would have a major impact in developing countries.

Wet or neovascular AMD (nAMD) is a chronic and degenerative eye disease caused by an excess of VEGF. This protein causes the growth of new, abnormal retinal blood vessels and capillaries. These do not grow within the retina where they might be useful — rather, fluid leaks from the abnormal blood vessels, disrupting retinal structures and damaging the macula.

The condition is most common in those over the age of 50 and is linked to a history of smoking, high blood pressure, being overweight and having a family history of AMD. It is estimated that about 1.75 million people in the United States live with nAMD and about 20 million people are affected worldwide.