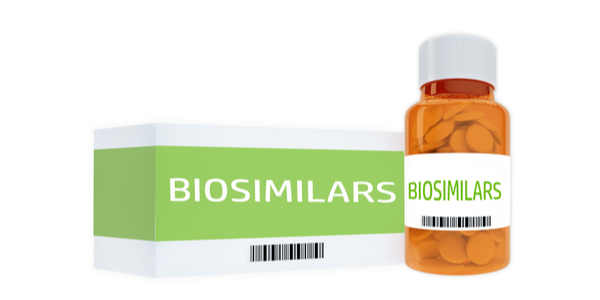 As the patents for anti-VEGF agents expire, biosimilars and biobetters are rising in the market…

Nevertheless, the US patents for ranibizumab and aflibercept had expired in 2020, and their European patents will be expiring in 2022 and 2025. With this, authors of the recently published paper entitled Future of anti-VEGF: Biosimilars and Biobetters* predicted that biosimilars and biobetters will become increasingly important and prominent in the market, thanks to their affordability and availability.

The World Health Organization (WHO) defined biosimilars as biotechnological products that are comparable with an already approved reference product in quality, nonclinical, and clinical evaluation. A biosimilar molecule should resemble the innovator biologic in terms of pharmacokinetics, pharmacodynamics, safety, and efficacy.

While generics can be easily synthesized by matching the formula, biosimilars require living cells during the manufacturing process. Manufacturers of biosimilars must proceed with partial, incomplete information and reverse engineer the original biologic. Hence, the investment and the research required to manufacture biosimilars are considerably higher than developing generic drugs.

For the time being, approval of biosimilars does not follow any fixed guidelines, and is up to the discretion of each country. Nevertheless, some basic principles exist, including analysis to establish biosimilarity, toxicity assessment through animal studies, and a clinical study to understand the biosimilar’s safety, efficacy, and immunogenicity.

Razumab® (Intas Pharmaceuticals Ltd., Ahmedabad, India) is the first biosimilar to Ranibizumab. It was approved in India in 2015 and has been in clinical use since then. Today, a total of ten manufacturers are working on a ranibizumab biosimilar, including R-TPR-024/Ranizurel (Reliance Life Sciences, India), which was approved by Indian regulators in 2020; FYB201 (Formycon and Bioeq, Germany), for which satisfactory phase 3 clinical results have been reported; and those in phase 3 clinical trials: Xlucane (Xbrane Biopharma, Sweden), SJP-0133/GBS-007 (Senju Pharmaceutical, Japan), LUBT010 (Lupin, India), and CKD-701 (Chong Kun Dang, Republic of Korea).

As for bevacizumab biosimilars, many of them are already approved and on global markets, such as Zirabev (Pfizer, USA), ABP215 (Amgen, USA), Cizumab (Hetero, India), Bevacirel (Reliance Life Sciences, India) and Abevmy (Mylan Pharmaceuticals, South Africa).

While biosimilars have the same amino acid sequence and are highly similar to reference products, biobetters may be modified chemically and have a different amino acid sequence or purification process, resulting in a better drug with increased shelf life and pharmacological effects.

Like biosimilars, the biobetter market has a vast potential to grow exponentially. A disadvantage would be the high cost for research and development, which could be ten times higher than manufacturing a biosimilar. On the positive side, a biobetter has a high chance of reaching the production stage, and a shorter research and development duration, since they do not need to wait for patents and market exclusivity to expire, therefore bringing in faster financial returns to companies who made them.

A couple of recent biobetters developments include a port-based delivery system for ranibizumab, which is being developed by Genentech, to improve drug delivery, efficacy, and reduce treatment cost. South Korea’s Ildong Pharmaceutical is also working on a biobetter based on ranibizumab to improve efficacy and reduce drug resistance in age-related macular degeneration patients receiving ranibizumab.

Over the next decades, the authors predicted that many potential biosimilars will be entering the market, as there’s a huge need for ophthalmic biosimilar products especially in developing countries, due to the lack of compounding pharmacies in these countries. They stressed that “pharmacovigilance, quality control, monitoring are particularly important, along with immunogenicity testing assay before market approval to prevent any batch-specific clusters of adverse drug reactions.”