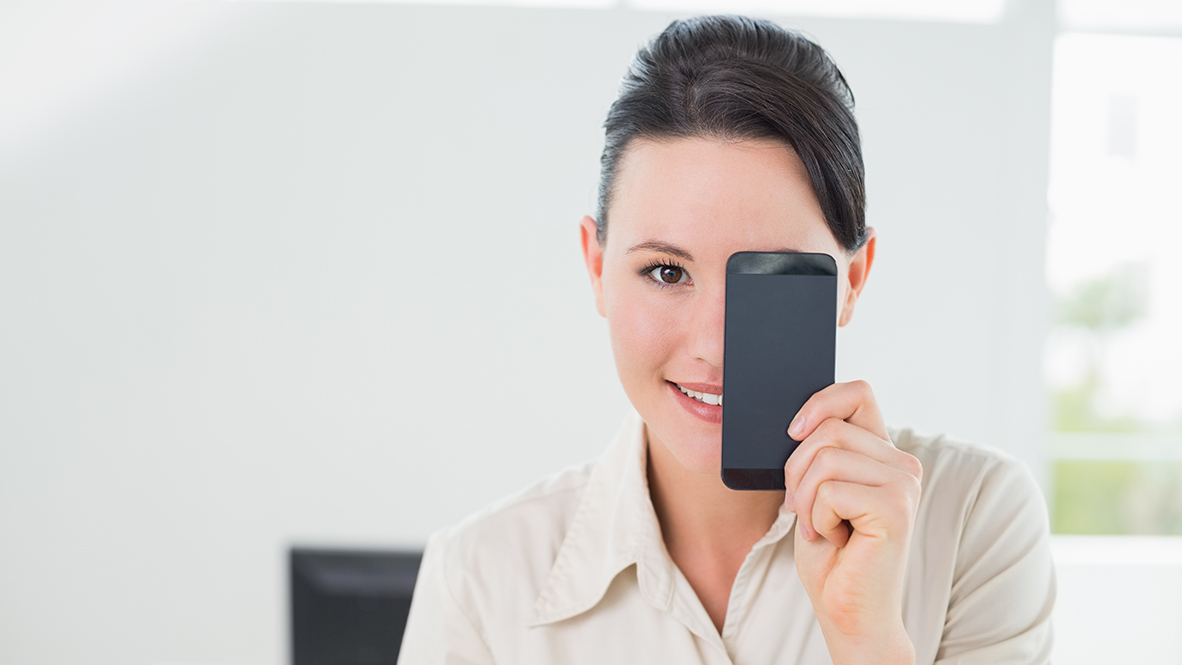 The Asia-Pacific Vitreo-retina Society (APVRS) Annual Meeting is the region’s paramount retinal congress, and it just happened last December. Let’s take a look at the highlights…

Anti-VEGFs: How do they measure up?

Anti-VEGF agents, administered via the intravitreal route, have become common treatments for age-related macular degeneration (AMD). However, there is a paucity of data on the pharmacokinetic parameters of these agents. Furthermore, little is known about the cytotoxicity, impact on barrier function of retinal pigment epithelial cells (RPE), and permeability through the sensory retina and RPE.

In a poster titled Permeability and anti-VEGF effect of bevacizumab, ranibizumab and aflibercept in polarized retinal pigment epithelial cells, presented at the recently held Asia-Pacific Vitreo-retina Society Congress (APVRS 2017) held in Kuala Lumpur, Malaysia, Hiroto Terasaki and colleagues from the Kagoshima University in Japan conducted a variety of experiments where they measured the permeability of anti-VEGF agents through highly polarized RPE cells. In addition, they assessed RPE barrier function through immunostaining (ZO-1) and trans-epithelial resistance (TER) measurements. Finally, they assessed differential anti-VEGF effects and cytotoxicities of each anti-VEGF agent. The authors found no significant differences in the cytotoxicities of ranibizumab, bevacizumab and aflibercept. Ranibizumab had the highest permeability though the RPE of the three agents, closely followed by bevacizumab. Furthermore, Terasaki and colleagues quantified anti-VEGF effects of the three agents on RPE cells.  They found no differences in anti-VEGF effects at the apical side of the RPE cells. However, on the basal side, aflibercept and ranibizumab had the highest anti-VEGF of the three drugs. The study authors therefore concluded that the findings of this study might be useful in the choice of anti-VEGFs in clinical practice.

Proliferative diabetic retinopathy (PDR) is one of the microvascular complications of diabetes and is a leading cause of visual impairment in the diabetic population. Untreated PDR can lead to advanced diabetic eye disease characterized by fibrovascular tissue proliferation, tractional retinal detachment with or without rhegmatogenous retinal detachment. Pars plana vitrectomy (PPV) is proven to be the standard of care in advanced diabetic eye disease (ADED). It allows for removal of vitreous hemorrhage and reduces fibrovascular tissue-induced traction on the retina, resulting in improvement of vision.

To evaluate visual and anatomical outcomes following vitrectomy for ADED and identify poor prognostic factors, Dr. Bethel Indira Livingstone and colleagues from the Department of Ophthalmology, University of Malaya, Kuala Lumpur, Malaysia, reviewed medical records of PPV performed in patients with ADED over a six-year period (January 2011-December 2016). Their findings were presented at the APVRS 2017 in a poster titled Factors affecting visual and anatomic success in vitrectomy for advanced diabetic eye disease: A single centre study.

A total of 260 vitrectomies in 256 patients (55% male) were analyzed. The visual success rate at 6-month follow-up, defined as postoperative gain of at least two Snellen’s lines, was seen in 68.8%, while anatomical success (complete reattachment without tamponade) was recorded in 96.2% of patients. Factors associated with poor visual outcomes are age > 60 years, and presence of rhegmatogenous retinal detachment + tractional retinal detachment (TRD).

The authors therefore concluded that “vitrectomy improves visual and anatomical outcomes in majority of patients with ADED. Our study supports performing vitrectomy before vision deteriorates to < 6/60 because of the significantly better prognosis.”

Fixing the Retina Once and For All: 360-degree Laser Treatment for Rhegmatogenous Retinal Detachment

Rhegmatogenous retinal detachment (RRD) is the separation of the neurosensory retina from the underlying retinal pigment epithelium due to a retinal break. Currently, surgical management of RRD includes a variety of combinations of the following: scleral buckling, cryotherapy to all the breaks, sub-retinal fluid drainage, primary vitrectomy, endo-laser, endo-drainage, intraocular tamponade, laser to primary break or a 360-degree retinopexy. However, re-detachment and the need for a second procedure remains a risk. Dr. Shamik Mokadam from the Anjani Eye Hospital, Nagpur, India, and collaborators evaluated the efficacy of doing a 360-degree endo-laser treatment in eyes undergoing primary vitrectomy for RRD, and their findings were presented in a poster titled Primary vitrectomy with 360-degrees laser surgery for rhegmatogenous RD at the recent APVRS 2017 Congress.

They conducted a retrospective review of 116 case records of all patients who underwent primary vitrectomy for RRD between 30th November 2014 and 1st December 2015 at the Sir Charles Gainder hospital, Perth, Australia. They collected data on preoperative patient examination findings as well as postoperative data at week 1, week 4 and month 3 follow-ups. The primary outcomes evaluated were the rate of anatomical re-attachment of the retina with just one surgery and the requirement for a second surgery in case of a re-detachment or epi-retinal membrane formation.

One hundred ten (110) eyes were included in the study; the mean age of patients was 60 years and majority (65%) of eyes was phakic. Postoperatively at the 3-month follow-up, the 360-degree laser treatment resulted in complete attachment in 101/110 eyes (91.8%) with a mean best corrected visual acuity (BCVA) of 6/12. The authors therefore concluded that “360-degree laser treatment as part of primary vitrectomy for RRD reduces the re-detachment rates, therefore obviating the need for a second procedure.”

Age-related macular degeneration (AMD) is a leading cause of blindness and visual impairment in developed nations, and is predicted to increase with aging populations. Mild/moderate AMD remains the most common stages and can adversely affect patient vision and quality of life. Therefore, there is an urgent need for user friendly tools to assess vision-related quality of life (VR-QOL) in patients with mild/moderate AMD.

Their study recruited 61 patients with mild/moderate AMD affecting at least one eye. With visual acuity (VA) of 6/20 or better in affected eyes. Exclusion was based on diagnoses of uncontrolled glaucoma, uveitis, diabetic retinopathy and advanced AMD. Results from patients’ functional tests (microperimetry or MP, BCVA, flicker perimetry and multifocal electroretinogram) were then correlated with patient-reported VR-QOL using the VFQ-25.

The authors found that in patients with mild/moderate AMD, VFQ-25 questionnaire scores correlated strongly with findings on MP. However, the correlation was weaker for other functional tests. The authors concluded that “further research is needed to better understand the relationship between functional testing and patient reported VR-QOL.”

Central serous chorioretinopathy (CSC) is a posterior segment disease characterized by localized and limited serous detachments of the neurosensory retina, often associated with focal detachments of an altered retinal pigment epithelium. The incidence is estimated to be 1 per 10,000, affecting men in about 80% of cases. The pathogenesis remains poorly understood. Some studies have shown that activation of the mineralocorticoid receptor in the retina and choroid may play a role in increased choroidal thickness and susceptibility to CSC.

Mirinae Jang and colleagues from the Department of Ophthalmology at Jeju National University in South Korea, evaluated effect of spironolactone, a mineralocorticoid receptor (MR) antagonist on non-resolving CSC. Their findings were presented at the APVRS 2017, in a poster titled Spironolactone in the treatment of non-resolving central serous chorioretinopathy: A comparative analysis. They hypothesized that increased choroidal thickness and higher susceptibility to CSC may be due to excessive occupancy of the MR by glucocorticoids and/or excessive MR activation.

To test this hypothesis, they conducted a retrospective chart review of patients attending the ophthalmology department of the Jeju National University Hospital, between April 2013 and June 2016. They included data from 30 eyes of 30 patients with symptomatic chronic CSC. Patients had either received spironolactone 50 mgOD or were observed without medication. They collected data on BCVA and sub-retinal fluid (SRF) measured at baseline, month 1 and month 3.

After three months of treatment, there was complete resolution of sub-retinal fluid levels in majority of patients. Furthermore, patients who received spironolactone had statistically significant improvements in visual acuity. It was notable that there were no complications associated with the treatment.

Dr. Jang therefore concluded that “in naïve eyes with persistent SRF due to central serous chorioretinopathy, spironolactone significantly reduced the SRF and had a positive effect on recovery of visual acuity.”

In a paper presented at the APVRS 2017 titled Significance of hyper-reflective lines on SD-OCT in macular edema secondary to central retinal vein occlusion, Dr. Mohab Eldeeb from the Montreal Retina Institute, and collaborators from other Canadian centers, sought to determine the causative factors implicated in the development of these track lines and patient outcomes.

The study authors performed a retrospective case-control study of 45 eyes with central retinal vein occlusion (CRVO) associated ME treated with anti-VEGF. Eyes were categorized as either track lines positive or negative, by the presence or absence of track lines by SD-OCT, following first resolution of ME.

The authors explained that the presence of track lines on SD-OCT may represent fluid fluxes between the inner and outer retina, through a disrupted external limiting membrane, which may play a role in the worsened visual acuity and structural retinal damage observed.