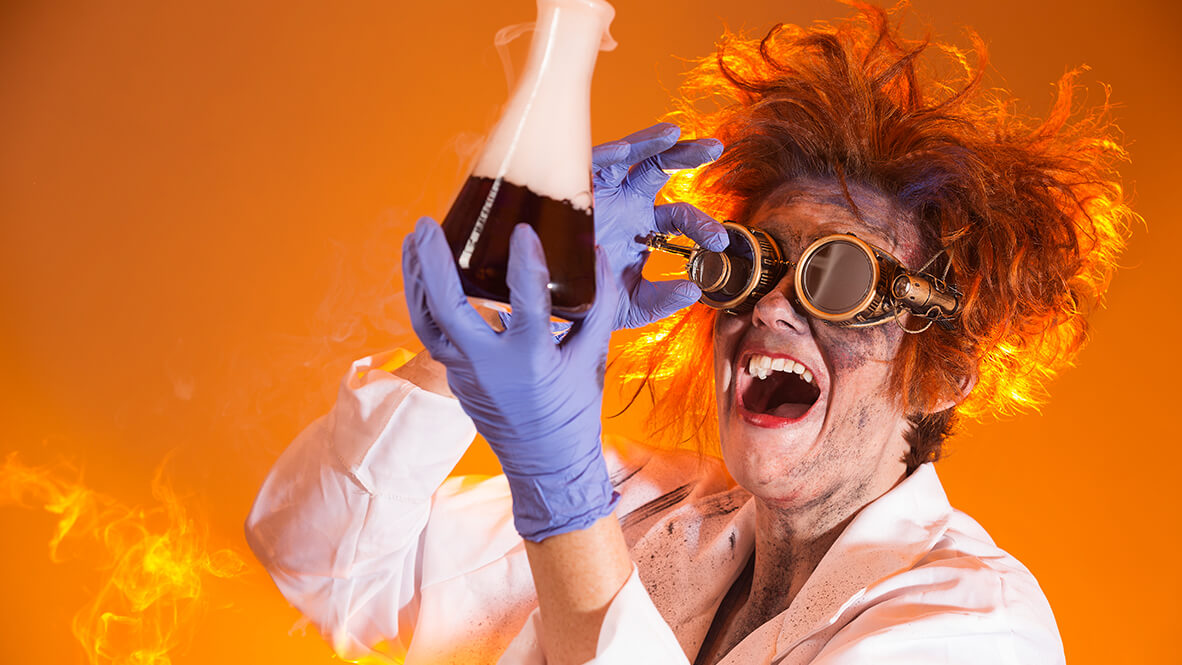 Around the world, nearly two million people are experiencing progressive deterioration of their vision from heterogeneous inherited retinal disorders. Collectively referred to as retinitis pigmentosa (RP), vision is lost as the light-sensing photoreceptors and/or retinal pigment epithelium gradually degenerate and die. And in the general population the prevalence has been reported as high as 1 in 3,500 – making two million a conservative estimate.

Although great amounts of time, effort and research funds have been invested into refining the understanding of the pathophysiology of RP, strategies for prevention and treatment remain limited.

Dr. Xiu-Feng Huang, from Wenzhou Medical University in China, has dedicated his research to studying the molecular basis for Mendelian diseases, including inherited retinal disease like RP. He recently published a chapter, “Current Pharmacological Concepts in the Treatment of the Retinitis Pigmentosa,” in the book Retinal Degenerative Diseases – Mechanisms and Experimental Therapy, which is part of the prestigious series called, Advances in Experimental Medicine and Biology from Springer International Publishing AG.

Dr. Huang explains the importance and motivation for researching and writing his chapter: “Over 70 causative genes have been defined in RP families and numerous animal models have been defined – and yet, we still do not have any widely recognized treatments that are able to prevent, recover or reverse the degenerating retina.”

“That said, there have been important therapeutic advancements, including gene therapy, pharmacotherapy, cell replacement, neurotrophic factors and retinal prosthesis. This review focuses on the pharmaceutical options and emphasizes drug discovery, development and clinical translation,” he added.

Dr. Huang’s chapter begins with a discussion of dietary supplements, most of which have already been recognized as somewhat beneficial to degenerative retinal disease. Since the 1960s, vitamin A supplementation has been considered to be of possible benefit in slowing retinal degeneration.  Dr. Huang reviews the long-term study of vitamin A use, which showed a slowing in the loss of ERG amplitudes and was considered safe for daily use in 18 to 54-year-olds. Alternately, vitamin E supplementation at 4000 IU per day had an adverse effect.

It’s important to note that vitamin A showed no significant effects on these patients’ decline in distance or visual acuity. The overall impression seems to be that there is marginal benefit to Vitamin A, but some studies, although somewhat controversial, have showed vitamin A could be toxic and should be avoided in patients with RP caused by mutations in the ABCA4 gene, as well as women planning to conceive or with severe osteoporosis. The conclusion on vitamin A, is that there is really no consensus about the utility of it as a treatment for RP.

Dr. Huang next explored the evidence for lutein in patients with RP and the presumption of it as a potential therapeutic modality in preserving visual function. Lutein is a recognized antioxidant and neuroprotective supplement with no significant adverse effects – however, the mechanistic evidence at a molecular level reporting significant effects on the visual field is not terribly strong, and claims should be interpreted with caution.

Delivering neuroprotection to patients with RP is the focus of many studies. Dr. Huang describes how docosahexaenoic acid (DHA) has been investigated as a neuroprotective factor against oxidative stress in photoreceptors and plays an important role in retinal development. Beneficial findings in rats held some promise in reducing ganglion cell loss and improving function. A trial of oral supplementation with 1200 mg/day of DHA in addition to vitamin A initially slowed down the progress of RP, but disappointingly, this beneficial effect did not extend beyond two years. Similarly, patients eating a diet rich in omega-3 fatty acids, in addition to vitamin A supplements and no DHA supplement, also showed some benefit.

Valproic acid looked like a good candidate for RP, demonstrating the ability to stimulate glial cells to differentiate into photoreceptor-like cells, and provide neuroprotection and axonal regrowth after optic nerve crush. A small study showed visual field improvement in nine of 13 eyes studied. However the methods, rationale and side effects were criticized. This led Dr. Huang to suggest that a placebo-controlled clinical trial should be necessary to rigorously assess the efficacy and safety of valproic acid.

GDNF has also been shown to have a neuroprotective effect on degenerating photoreceptors and its increased expression in the retina slows the death of rod photoreceptors in retinal degeneration models. BFGF administration has shown delays in photoreceptor degeneration for two months following a single injection in a rat model. Promising news for the rat; however, further research is needed to show the safety and effectiveness of BFGF treatment in people with RP.

Dr. Huang summarizes that there is no satisfactorily effective pharmacologic treatment to prevent, reverse or delay vision loss for these patients. He notes enormous potential in stem cell transplantation and gene therapy, but hurdles remain. The extensive genetic and clinical heterogeneity of RP makes designing clinical research difficult and following these patients for long periods of time is required.

Dr. Xiu-Feng Huang received his MBBS from Wenzhou Medical University in 2011 and began studying for a Master of Medicine in 2014. His work focuses on the molecular genetics of ocular diseases. He is dedicated to his research to improve understanding of the molecular basis of Mendelian diseases (nonsyndromic/syndromic inherited retinal disease, nystagmus, microphthalmia, etc.) and complex diseases like uveitis and myopia. He has developed comprehensive approaches of genetic analyses for patients, including targeted exome sequencing, whole-exome sequencing, whole-genome sequencing and whole-genome wide genotyping arrays. When not uncovering the molecular genetic breakthroughs in ocular diseases, Xiu-Feng enjoys reading detective fiction. Email: hxfwzmc@163.com.