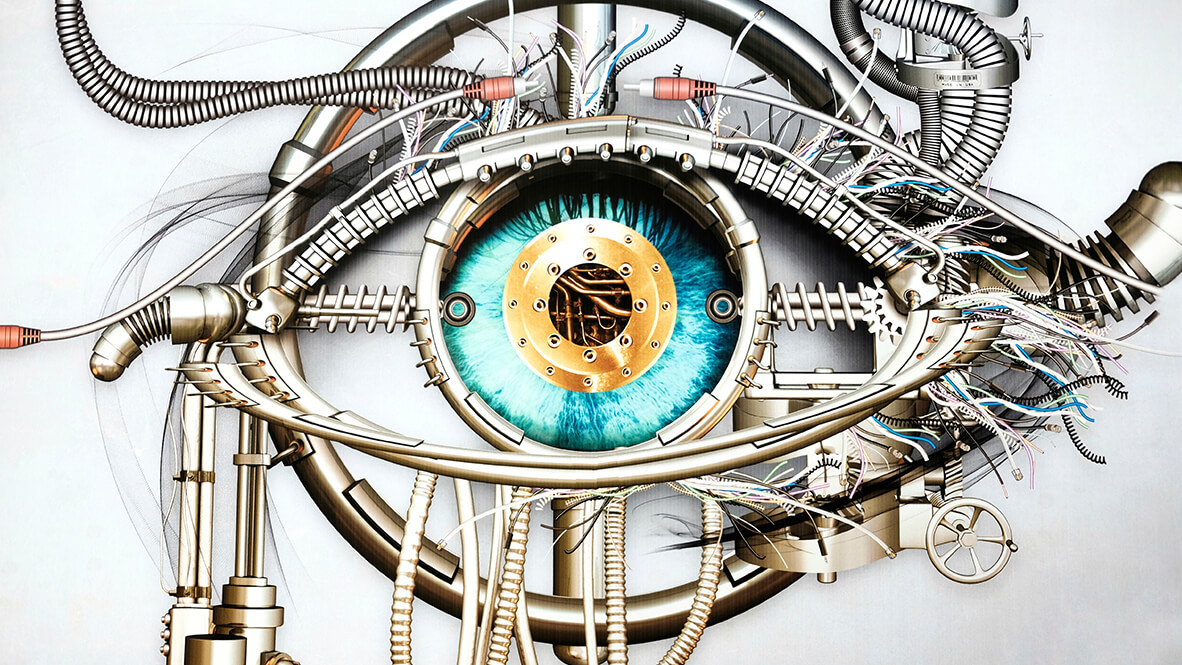 Newly published research has elaborated on the various pathways and factors that may contribute to optic nerve regeneration. Through developing treatments with a focus on these factors, the future of vision loss treatment looks brighter. Dr. Larry Benowitz, professor of neurosurgery and ophthalmology at Harvard Medical School, Boston, USA, and his colleagues compiled research on optic nerve regeneration in their latest review published last month.*

Regenerative limitations of the optic nerve

The regenerative ability of the human nervous system is greatly limited, compared to that of other animal systems. This limitation is apparent during injury and conditions that can affect the retina and ultimately cause vision loss. Patients may experience vision loss from traumatic, degenerative and ischemic causes that often cause damage to the retinal ganglion cells (RGCs). “We summarize[d] efforts by our group and others to regenerate the optic nerve, including the discovery of multiple cell-intrinsic and cell-extrinsic factors that promote or suppress RGC survival and axon regeneration,” said the authors of the study.

Retinal ganglion cells are the vital neurons of the retina that relay visual information to the brain via axons. These projection neurons have been the focus of research over the last two decades in determining their role in retinal nerve injury. Researchers have made considerable progress in identifying specific inflammation- derived growth factors and inter-cellular pathways that could contribute to the restoration of damaged retinal neurons.

Recent studies have found functional value in using the mouse model to understand the regenerative capabilities of retinal axons after damage. Studies have also shown that cold-blooded vertebrates, like zebrafish and frogs, experience only modest RGC damage after optic nerve injury. “Cold-blooded vertebrates can even regenerate the retina following partial injury, as Müller cells, the radial glia of the retina, and de-differentiate to produce progenitor cells that replace lost tissue,” said Dr. Benowitz and his colleagues. “After ablation of the inner retina, Müller cells can give rise to new RGCs that extend axons down the optic nerve.”

Dr. Benowitz and his colleagues had initially found that inducing intraocular inflammation produced some axon regeneration. Using zymosan, a pro-inflammatory agent, to induce inflammation, they found that regeneration was related to changes in RGC growth-associated proteins (GAPs). Their subsequent studies sought to identify these different inflammatory factors that may contribute to optic nerve regeneration.

Two major growth-promoting factors closely tied with inflammation include Oncomodulin (Ocm) and SDF1. Using column chromatography, mass spectrometry and bioassays, researchers were able to pinpoint a significant growth factor called Oncomodulin that collects in the neural retina up to a day after inducing inflammation in the retina. An elevation of cAMP is necessary with Oncomodulin and shows pro-regenerative effects mirroring those of zymosan.

SDF1 is another growth factor linked with intraocular inflammation and resulting regeneration. This growth factor is expressed in different cells such as neurons and inflammatory cells which have a broad range of effects. “SDF1 is highly expressed in infiltrative macrophages and acts synergistically with Ocm to induce optic nerve regeneration,” stated the principal investigators of the study. “Deletion of SDF1 in myeloid cells diminishes inflammation-induced optic nerve regeneration by one-third and completely eliminates the benefits of inflammation on RGC survival.”

CNTF, PTEN, and other regenerative factors

Ciliary neurotrophic factor (CNTF) has also been linked as a mediator of intraocular inflammation. Although CNTF does not efficiently promote axon regeneration by itself, it is believed to have effects on macrophages and other inflammatory cells. This inability to enhance regeneration alone is due in part to the SOCS3 gene that is increased after optic nerve injury. The effects of CNTF are improved after deletion of this gene.

PTEN, or phosphatase and tensin homolog, is a key suppressor of axon regeneration. It works as a negative regulator of intracellular signaling pathways. “Conditional deletion of PTEN substantially improves RGC survival, albeit transiently, and enables RGCs to regenerate axons into the optic nerve,” according to the research team. “Combining PTEN deletion with other pro-regenerative treatments strongly augments optic nerve regeneration.”

Other factors include fibroblast growth factor-2 (FGF2) which has been shown to trigger axon regeneration and BDNF which can increase RGC survival following optic nerve injury. Overexpression of the TrkB gene also leads to improved RGC survival. Insulin-like growth factor (IGF-1) can stimulate axon regeneration in selective RGCs when combined with osteopontin, a glycoprotein that acts as a mediator for inflammation.

According to this review, treatments have been developed combining elements to regenerate the RGC and their axons. For example, inducing intraocular inflammation, elevating cAMP and performing a PTEN deletion works synergistically to regenerate axons by 10-fold compared to individual treatments. By 6 weeks, some axons reach the optic chiasm with this combination and afterwards, results in some recovery of the optomotor response.

Overexpression of other proteins such as cRheb1, a regulator of the mTOR signaling pathway, and Bcl-2, an anti-apoptotic protein, has shown improved axon regeneration within weeks after injury. When overexpression of Bcl-2 was complemented with expression of CNTF, there was enhanced survival of RGCs, allowing further regeneration.

Findings from this research review can likely be useful in developing new treatment modalities for treating optic nerve damage. By reversing degeneration, maintaining the RGCs after injury, and even regenerating these cells, treatment may be able to reverse vision loss. Insight from animal models can help lay the groundwork for potential drug treatments or gene therapies targeting these specific factors and pathways. RGC regeneration is therefore a critical area for vision loss treatment and may one day help restore vision in those with optic nerve injury.

“We deal with many diseases involving the optic nerve, ranging from glaucoma to complicated retinal detachments that involve the optic nerve and the neural pathways too,” said Dr. Nakamura. “Trauma, other mechanical influences or inflammation, growth, neurotrophic and other factors, are far advanced options to think about aiming at visual restoration through nerve regeneration,” he added.

Recent studies, according to Dr. Nakamura, have shown that for the successful restoration of vision, retinal ganglion cells would have to be present and healthy. “Also, their axons should grow to specific sites at the damaged areas and at the brain, as well, so as to enable the function of specific targets in the brain and making functional synaptic circuits available. Combination therapy involving cAMP also plays a role,” he added.

“More often we get trapped and end up asking for visually evoked responses in order to track the visual pathway. But that is usually just a palliative measure to find out whether there’s any response from the patient to predict a usually poor outcome,” said Dr. Nakamura.

“So that when we think of other retina capabilities in animals, such that of in zebrafish and frogs, we come to a better understanding of the pathways we could possibly involve in the human retina with that knowledge,” he explained.

Currently however, in terms of vitreoretinal surgery, retinal specialists, according to Dr. Nakamura, still end up manipulating the retinal layers. For example, in the ILM (internal limiting membrane) folding technique for large macular holes: “The ILM autologous graft is transported towards the macular hole to actually fill in the hole defect and allow the ILM to grow over a new scaffold tissue to proliferate filling in the missing retina defect. This may grow a normal retina with its neural ganglion cell layers,” shared Dr. Nakamura.

“Considering a normal eye anatomy and the different appearance of the ILM, the ILM forms the innermost boundary of the retina,” emphasized Dr. Nakamura. The outer retinal surface of this membrane is uneven and is composed of extensive, expanded terminations of Müller cells (often called footplates) covered by a basement membrane. Anteriorly, the internal limiting membrane of the retina is continuous with the internal limiting membrane of the ciliary body. “It is present over the macula but undergoes modification at the optic disc, where processes from astrocytes replace those of the Müller cells. Type Ib astrocytes populate the nerve fiber layer and form the inner limiting membrane, serving as a barrier between the retina and the vitreous,” he added.

“Therefore, if we think of Müller cell fragments inserted inside the hole, that could well support macular hole closure by inducing glial cell proliferation,” said Dr. Nakamura. “The process would create a scaffold for tissue proliferation in a larger manner because we are putting more substance inside the hole,” he explained.

“If we could ‘turn back the clock’, we could possibly make retinal regeneration feasible in glaucoma or trauma cases,” said Dr. Nakamura. “The fish and frog models are for sure teaching us on that subject and we need to learn more,” he advised.

For the time being, according to Dr. Nakamura, while many other approaches are being tested, nothing is known for sure about definite results. “Results are coming in slowly, but despite some good results – for example in the field of retinal pigment epithelium transplant and amniotic membrane graft – we are not sure yet if we can link all these mentioned procedures to optic nerve regeneration,” he explained.  “There are still questions that we don’t know the answer to, like the top of the new outer retina . . . could that be a place for retinal cell growth instead? That’s also a good question, but we don’t know as of yet,” concluded Dr. Nakamura.

Editor’s Note: Dr. Nakamura was not involved in the study discussed in this article but was generous enough to share his expert opinion on the matter. 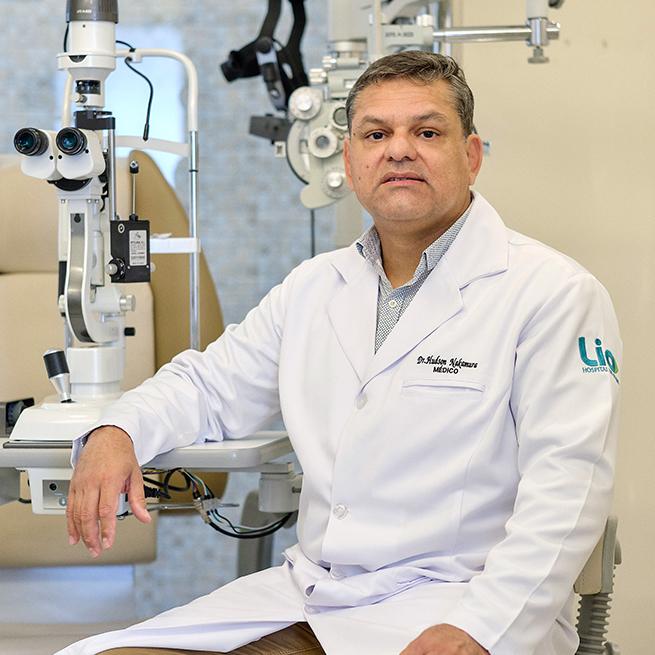 Hudson de Carvalho Nakamura, MD is an ophthalmologist specializing in the retina and vitreous. He completed his medical degree from School of Medicine at the Federal University of Goiás – UFG and residency from the Base Hospital of the Federal District – Brasília – DF. Presently, Dr. Nakamura is a member of the American Academy of Ophthalmology (AAO), Brazilian Council of Ophthalmology, Canadian Society of Ophthalmology and The Association for Research in Vision and Ophthalmology (ARVO). He currently works as a professor in the Department of Retina and Vitreous Course of Medical Residency in Ophthalmology at the Bank of Goias Eye Foundation and holds a vitreoretinal disease fellowship from the University of Toronto Canada and the Brazilian Center for Eye Surgery. Email: hudson.nakamura@gmail.com

I was told my right optic nerve is 99 percent gone due to right angle glaucoma. My left eye is damaged too but not as bad. I also have cataracts and macular degeneration. I will be going blind in at least my right eye and it seems the cure is not available yet. Do you think there will be anything in the next year that will be promising?

Hi,
My brother gone fully blindness due to optic nerve atrophy.
any change for any treatment will be available in future?

Please look at my sons case. He is currently being treated at U of L Eye Physcians and UK Neuro Opthalmology. He is 25 and suffered optic nerve damage 5 years ago.

Many years ago I read about the discovery of Nerve Growth Factor by Italian researchers. Evidently it had, or has, the potential to restore optic nerve function in glaucoma patients when applied directly to the eyes. But it is taking a very, very, very long time to be made available to the public. Why? I have an elderly relative who is losing her vision to this disease. I read, too, that while the rest of the world waits, the Italian scientists who discovered it have been using it on themselves! Not that I blame them. There’s also the electrotherapy that’s… Read more »