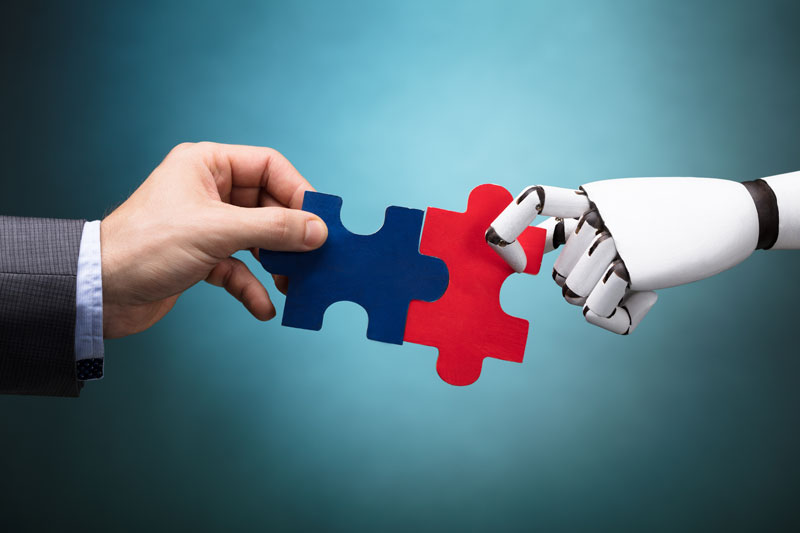 The panel at the Ophthalmology Futures Forum 2021 included academics, practicing specialists and industry experts who gathered to discuss the future of robotics in surgery, as well as current possibilities for remote surgery.

The forum began with opening remarks from panel chair Prof. Steve Charles, clinical professor of ophthalmology at the University of Tennessee (USA). He said that although technology has an important role to play, the training of new surgeons must be considered as the most important hurdle to overcome before the need for better retinal care in Asia can be met.

Dr. Luis Diaz-Santana, head of ophthalmology at Cambridge Consultants (United Kingdom), believes that although greater training of new surgeons is the most important factor in wealthy countries like Japan, robotics plays a more important role in less wealthy countries. It can make surgeons quicker, more confident and more accurate — meaning that one surgeon can see more patients in a single day. In his opinion, there can be no one-size-fits-all solution to the shortfall in retinal care in Asia; rather, each country must take steps based on what suits them best.

The Two Forms of Tele-operation

Prof. Charles highlighted the two different forms of robotics that exist in parallel at the moment and should be distinguished. One is robotics as a form of tele-operation — possibly giving surgeons the ability to operate from a different city, time zone or even country. The other is robotics as a form of pre-programmed and autonomous technology (such as Alcon’s LenSx). Prof Charles believes robotic assistance in surgery, when it’s in the room with the patient, could act as a kind of enhancement to the procedure and allow the surgeon to do more or be better.

On the other hand, tele-operation at a distance has obvious upsides. For example, anyone can have access to the best surgeons in the world, regardless of where they are — but it runs into problems regarding lag time, speed and connectivity as the maximum acceptable delay cannot exceed more than 100 milliseconds. Prof. Charles believes that the most cutting-edge technologies, even when paired with 5G and the newest forms of Wi-Fi technology, are still not fast enough and may never be, because the routers are stochastic, meaning there is an inherent delay. On the other hand, tele-mentoring, where there is a local surgeon in place, with a mentor watching the surgery in real time and giving constant advice, has a lot of potential to be beneficial in the immediate future.

Dr. Diaz-Santana believes the issues with speed and latency can — and must be — overcome, but puts the need to solve these hurdles with the big utility companies, such as AT&T. He believes it may be possible to overcome these issues in highly developed countries like Japan, but is unlikely to happen in developing countries.

AI, Not Operating Solo Just Yet

Dr. Vivek Dave, consultant ophthalmologist at the LV Prasad Eye Institute in India, believes that due to the high degree of human manipulation and decision-making that must be made in the moment, complex operations cannot be done by artificial intelligence (AI) any time in the near future. Although it may be possible to perform simple surgeries in specific situations, complex surgeries do not conform to a specific pattern or set or rules; they require too much human improvisation and therefore could not be done with AI without a fundamental quality change.

Dr. Diaz-Santana believes the technology and quality of AI is a long way away from performing any kind of fully automated surgery. In his estimation, the technology will eventually get to that point, but not in the next five years. The near future will be a series of incremental steps, without any large leaps in what the technology is capable of.

Paul Hallen, vice president and global head of Retina and Glaucoma at Alcon, said that the immediate future lies with robots being used to help surgeons (“robot augmented surgery”), such as articulating the movement of cameras to see in the periphery for retinal surgery and complicated cataract surgery, rather than being given free rein to do the surgery themselves.

Dr. Dave stated that technology will play two different roles in two different parts of ophthalmic surgery. In complex surgery, robotics will be used to give the surgeon a clearer view of the surgery and to give general assistance to the surgeon. However, with simpler surgery, such as surface ablation surgery, Dr. Dave believes there may be a future when a patient is able to walk into a fully automated operating suite and the AI is able to take all of the relevant measurements and do similar basic steps. Specifically, where the outcomes are simple and predictable technology can be used to replace people.

Dr. Charles emphasized the importance of shared aperture. He said OCT-guided femto works because they are mounted on the same housing and physically aligned. He said image-guided neurosurgery doesn’t really exist yet, because CT and MR have a one millimeter resolution, whereas a surgeon can see as small as 25 microns through an operating microscope. Neurosurgeons are constantly dealing with blood vessels as small as 50 microns, which they have to physically dissect around. Therefore, the idea that it would be possible to take images generated by CT and MR (with a 1mm resolution) then transfer those images to a remote location so someone could operate at a distance — taking into account the unavoidable issues with speed and lag — in real time is unrealistic.