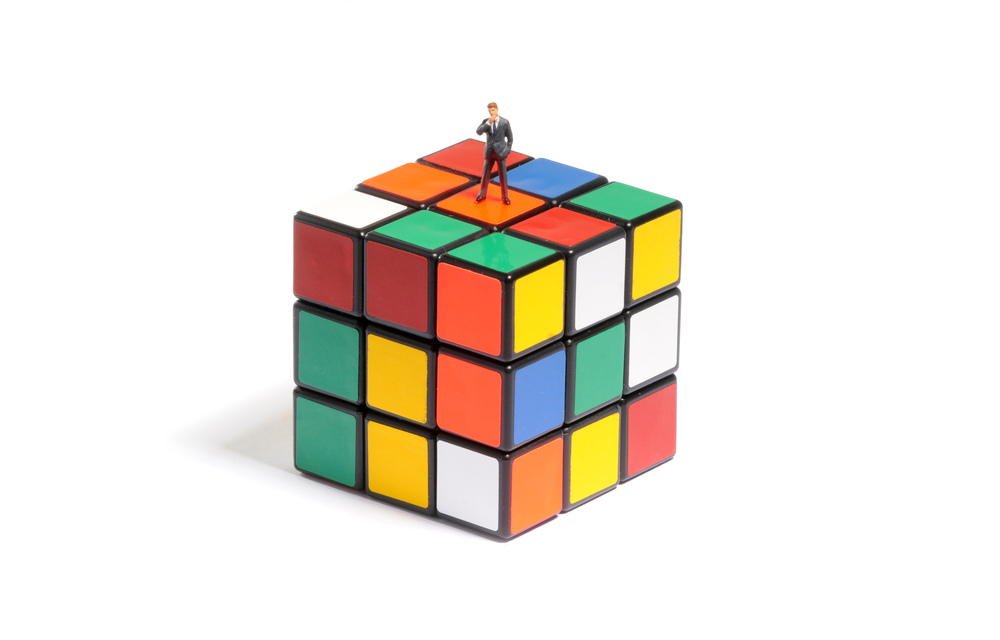 As the sayings go, “We do not learn from experience … we learn from reflecting on experience,” and  “By seeking and blundering, we learn.” This is why sharing challenges and complicated cases in forums like Retinawesome 13 provides such an incredible opportunity to learn from each other.

Part 2 of our coverage begins from the edge of our seats as Dr. Athanasios Nikolakopoulos from Greece shared his case and video of treating a giant tear and noted the importance of differentiating between dialysis and giant retinal tears. He explained that giant tears are very difficult to treat, due the vitreous attached to the anterior flap, and different from dialysis which is a large tear with vitreous attached to the posterior flap.

Treatment of the two is also very different. Dr. Nikolakopoulos explained that the major difference is that a true giant tear is very difficult to fix due to the constant anterior traction, and often you need to remove the lens because the axis of the traction is just behind the lens. It progresses very fast to PVR stage, due to large exposure and radial extensions of the pigment epithelium. He adds that slippage can occur during the air exchange. Notably, a dialysis can easily sit on a 3 mm sponge, easily buckled without vitrectomy and a giant tear requires one of the most difficult surgical procedures. He always uses silicone oil for giant tears because it prevents hypotony, and prevents slippage.

Interestingly, Dr. Nikolakopoulos pointed out that the reason an 88% success rate has been reported for giant tears without silicone oil is because the tears are most likely dialysis and not true giant tears. His video shows him performing a vitrectomy on a folded posterior flap. All the real traction is at the anterior flap so if it is not removed, it will open again. Dr. Nikolakopoulos explained his double foot system and the current created that pulls the flap while slowly injecting perfluorocarbon. He also clarified that patients typically have the silicone oil removed within 6 months, however some have kept it for many years because if it is removed, they will re-detach. They only remove it when the visual results will be better for the patient, but they have not had issues with emulsification.

To learn this and other techniques in person, and get hands-on training on the most advanced equipment, Dr. Nikolakopoulos and other expert faculty host the Thessaloniki International Vitreo-Retinal Summer School.

Next up, from Mumbai was a presentation of surgical videos from Dr. Prof. S. Natarajan as he repaired cases of traumatic retinal detachment. Cases included an expulsive choroidal hemorrhage secondary to trauma. He explained how he used PFCL oil to try to stop the bleeding, then try to control the intraocular pressure. The patient’s vision was counting fingers postoperatively. Another case showed repair of a traumatic hemorrhagic choroidal and retinal detachment and a macular hole. This patient had a recurrent PVR and required additional surgery to allow for the potential for some vision in that eye. Dr. Prof. Natarajan clarified that he will typically reserve the use of a buckle in a trauma case but is more likely to use it in something like a recurrent PVR.

Dr. Nikolakopoulos commended Dr. Prof. Natarajan for doing these cases and how he fights to preserve vision for these eyes. Even if the patient has another healthy eye, it is still important to fight to save the eye that had the trauma. He added: “We learn these cases by doing them, not by copying them.” In addition, Dr. Wei-Ching Lam agreed that it is important to do everything possible to salvage these injured eyes because it can be so meaningful to the patient, adding that he feels it is wrong for a retinal surgeon to recommend enucleation or evisceration: “It is not in a good retina surgeon’s vocabulary.”

Dr. Lam explained the potential pro-inflammatory characteristics of densiron heavy oil, more so than silicone oil, which may have been a contributing factor to the increased PVR that created the traction.

Dr. Pablo Ciblis from Paraguay shared his case, Retina Under Pressure, discussing a 61-year-old man with decreased vision for one week. On examination, Dr. Ciblis noted supero-temporal retinal detachment and a tear associated with a lattice degeneration and vitreous hemorrhage. He shared the surgical video as he performed an uneventful phacoemulsification with an IOL implant, followed by a standard 3-port vitrectomy. Once the vitreous hemorrhage had cleared, an inferior break was noted as well. Dr. Ciblis used perfluorocarbon, photocoagulation, a fluid air exchange and silicone oil fill.

Dr. Ciblis recounted that everything was going well, until during the sclerotomies sutures, he noticed a silicone bubble coming to the anterior chamber. He asked the panel: “What would you do?” Dr. Prof. Natarajan explained that he would use an AC maintainer and then try to push the oil back the same way it came, otherwise, use the silicone oil extractor and make sure that AC maintainer is on with a 20 pressure and then remove the oil, making sure there is enough oil in the back, but no extra.

On the other hand, Dr. Nikolakopoulos wanted to know why the oil bubble was in the anterior chamber as that usually means that the eye was overfilled. He added that you need to always have the infusion on while injecting silicone oil in 20 mmHg, this will maintain an equilibrium in the eye so that the gas goes upward, leaving a gas bubble behind the lens, and the silicone oil goes to the back. The most important thing is to fix the retina.

Dr. Ciblis shared that he decided to put air in the interior chamber, trying to push the silicone bubble down to the vitreous cavity. The eye was treated with prednisolone, moxifloxacin and atropine drops and the IOP was 16 mmHg at one week postoperatively and 12 mmHg after three weeks, and the cornea was clear. Six weeks after surgery the patient presented with eye pain, an IOP of 46 mmHg and a flat retina. Dr. Lam shared that he thinks the oil moved behind the pupil and created a secondary pupillary block. He recommended that before pushing air into the AC, create a paracentesis so that the oil can be pushed out of the eye via the paracentesis by filling the AC with air, without any of the problems associated with viscoelastic. Without a paracentesis, the oil has nowhere to go and the paracentesis is self-sealing!

Dr. Nikolakopoulos added a fun fact, too: “When a silicone bubble is cut into two bubbles, they cannot be reconnected!” He added that he has stopped using 1000-centistoke oil five years ago and has fewer problems with 5700.

Dr. Ciblis confirmed that the small bubble blocked the pupil and pushed the iris forward. He performed

YAG laser, high rate optimus and IOP returned to 14 mmHg the following day. Two weeks after laser treatment, the IOP increased to 46 mmHg, so he decided to remove the silicone oil with a two-port approach. The IOP returned to 16 mmHg without medication, but the patient has complained of a central scotoma. On examination, a subfoveal perfluorocarbon bubble was observed. Dr. Ciblis shared his key take-aways from this case: Be careful of silicone overfill, especially when using mechanical systems; know the management of silicone oil migration to the anterior chamber is always challenging, and be aware of complications like pupillary block glaucoma and migration of perfluorocarbon under the retina.

Dr. Ashraya Nayaka shared the ways he manages an anterior silicone bubble. He uses the vent on the Constellation platform (Alcon) that allows them to see if the pressure is being released and if it has come to the level of pars plana. If there is a small bubble, he waits 2-3 weeks to remove the silicone oil completely, but for large bubbles, he will remove it at the time of surgery and completely redo the surgery, because it is too difficult to manage later.

Dr. Lam added that with a small-gauge vitrectomy, we have higher flow, causing more turbulence, and the occurrence of subretinal bubbles is far higher than years ago when using a 20-gauge. Also, it is important to note that if there is air in the anterior chamber, it will go away in a day, so if you see the patient the next day and the air has decreased to 10-20% in the anterior chamber, then it will be fine for them to face down.

Dr. Hudson Nakamura commented that he likes to use the MedOne cannulas to remove subretinal PFC, but for the aspiration, he prefers to do this manually because he feels there is better control using his hands. He added to not be too forceful.

The next case presentation was from Dr. Nayaka about the management of persistent submacular fluid after a successful PPV for diabetic combined retinal detachment. He shared an excellent surgical video of a 55-year-old male diabetic patient with 20/200 vision and a macular tractional detachment that had been lost to follow-up for over a year. He used the pinch and release technique to remove the ILM. He drained the subretinal fluid and lasered it, adding a silicone tamponade. Two weeks post-op, subretinal fluid persisted and there were multiple hyperreflective echoes seen on OCT.

Two months after vitrectomy, the silicone oil was removed and ILM peeling was extended beyond the arcades. CSR was ruled out when no leakage was observed on FFA. Six months later, Dr. Nayaka performed perfluorocarbon-assisted subretinal fluid drainage. At 14 months, the vision had improved to 6/36, and fluid had resolved. Observation and wide ILM peeling to resolve the decreased elasticity and shortening of the retina can resolve the detachment over time. Increased elasticity of the retina can achieve faster macular reattachment.

Dr. Nakamura not only hosted this event, he also shared a challenging case involving the issues of peeling the ILM in a diabetic retinopathy patient. He shared a surgical video of a vitrectomy for severe diabetic tractional retinal detachment with brilliant blue-assisted ILM peel under perfluorocarbon liquid. There was fibrosis at the macula and the pupil did not dilate very well. There was traction in the superior arcade, nasally with hemorrhages inferiorly. Careful to go peripherally, but not hit the lens of this phakic eye, the approach Dr. Nakamura used was to keep the lens safe, and do the vitrectomy without pulling too much, avoiding subretinal fluid from entering the macular area. He performed a 100% air-fluid exchange to keep space for the brilliant blue to stain the tissues. He removed the fibrotic epiretinal fibrovascular tissue around the optic nerve and put perfluorocarbon liquid over the macula. The liquid makes it easy to control the ILM peeling action. He then moved to the periphery to perform a relaxing retinotomy, to prevent the retina from detaching and then did a direct exchange of perfluorocarbon for silicone oil.

The patient had a good result, with vision as counting fingers postoperatively. Dr. Nakamura highlighted that it is important not to pull too much on the ILM, otherwise, there is a risk of dislodging the nerve fiber layer, also the perfluorocarbon liquid on the surface improves control and makes it much easier to peel the ILM.

A truly Retinawesome discussion of challenging cases, management of these eyes, and brilliant surgical videos!

Editor’s Note: Retinawesome 13 was held virtually on February 26, 2022. Reporting for this story took place during the event. You can check out Part 1 of our coverage.