Keeping track of technological developments in the medical world is crucial to understanding, well, just about everything in it. These changes provide context in which the whole industry operates. So when there’s massive change on the horizon, it’s our duty as ophthalmic journalists to keep on top of it and let our dear readers know what’s going on.

So, what is going on in this case? PIE magazine CEO Matt Young had the opportunity to speak with Michael Rivers, MD, director of ophthalmology at Modernizing Medicine. The company’s name is apt, as its goal is doing exactly what it states. Most specifically, the company provides software to all varieties of doctors to help both individual practices and the entire industry be more efficient.

While the company is only 10 years old, the sea change it’s bringing to not just the ophthalmic world but the entire medical industry will likely be looked back upon as one of the most significant innovations in the industry this century. And while the concept of software like electronic health records (EHR) management may seem prosaic to those outside the industry, what isn’t prosaic is the amount of data that can be gleaned from them once properly analyzed and processed.

Let’s step back and introduce Modernizing Medicine, and then discuss EHR — a significant component of the company’s work.

Who Is Modernizing Medicine?

Modernizing Medicine is a company that, as previously mentioned, helps doctors in various fields by providing software to optimize their practice. They cover a variety of “verticals” or different fields: dermatology, ophthalmology, orthopedics, gastrointestinal specialists, plastic surgeons, and so on. Dermatology is the largest vertical for Modernizing Medicine, with a 70% (!) market share in the U.S. among private practices, and ophthalmology is their second biggest and fastest growing vertical.

The company has around 900 employees.. Based in Boca Raton, Florida, it currently distributes its software exclusively in the U.S., though it’s keen to expand to other markets.

The software the company distributes serves many parts of the medical industry: human resources, practice management and more. One potentially game-changing bit of software they provide are EHR management tools — which is what most of the discussion focused on.

It’s strange to think that not long ago health records were largely done on paper. That may sound like the dark ages to those of us who expect most records to be online and easily accessible, but that’s still not the case in much of the world.

Modernizing Medicine aims to make EHR much more accessible to both doctors and patients, and the potential benefits are significant — to say the least. But first, let’s look at just how EHR got to where they are now.

EHR became only truly common in the 2000s in the U.S. In 2008, the federal government offered physicians $30,000 if they enrolled in the new EHR program over the course of 2-3 years. The goal was to modernize these records so that, for example, it would be easy for physicians treating patients for different ailments to be able to easily access records.

So, a patient who landed in the emergency room wouldn’t have to have their records delivered from their general practitioner in the middle of the night if they had a car accident. Or a patient who was to undergo surgery wouldn’t need to wait for their records to arrive to verify they weren’t allergic to medicines.

Federal regulations in many ways drove the development of data in medicine. For example,  the government requires mixed quality measurement data to receive government funds. Modernizing Medicine is building that into their software to make doctors’ lives easier.

Dr. Rivers hopes that many in the medical industry will see the advantage modern EHR can bring — and it seems that only the foolish could miss the opportunities.

One of the prime benefits that Modernizing Medicine brings is its cloud-based system. This is in contrast to the client server databases used by many competing companies in the EHR business.

Without going into too much technical detail, here’s the gist of what that means. Modernizing Medicine provides EHR that can be accessible from any device, anywhere: any phone, tablet or computer that has access to the internet. You’re likely used to cloud-based software like Gmail, for example.

Their competitors, on the other hand, use client server databases that are only accessible from certain locations. This makes sharing EHR much more difficult, clearly, and yet the massive infrastructure it took to manage this now-obsolete system still dominates market share.

Only in the last 10 years have cloud-based systems come to the forefront — perfect timing for Modernizing Medicine. Many of their competitors were founded 20-25 years ago, when cloud-based systems were only the glimmer in a programmer’s eye. So, they’re stuck with old tech. And as pretty much any industry shows, old tech becomes obsolete very quickly.

Publicly traded companies, like Modernizing Medicine’s competitors, don’t have as much cash on hand to conduct research and development because their prime responsibilities are to profits and their shareholders. Privately owned companies like Modernizing Medicine, on the other hand, are free to shovel cash at research and development — making for a sleek, modern company. The name’s no joke.

Perhaps the medical field is slower to adapt than many others. Dr. Rivers indicated there’s less innovation happening in the EHR field than one might expect — which is why his company is so well-positioned to bring about change.

With doctors and patients available to access records via an app or simply online, a world of possibilities opens up. Patients, of course, have fully transparent access to their records. Doctors and medical practices, on the other hand, are now able to access a treasure trove of data.

With all this data at hand, a practice can figure out, for example, which treatments are the most cost-effective, or how to best organize their practice. Essentially, the possibilities for data analysis are endless and can lead to huge leaps in practice management. Rather than guessing or spending hours laboriously putting together spreadsheets, the data can be organized in the blink of an eye. For a private equity firm running one or multiple clinics, this level of organization can be an absolute godsend.

And not every company can provide software like this. Because government regulations change so frequently, Dr. Rivers noted that around one-third of the company’s coding time goes to retooling software to meet updated government requirements. That’d be difficult for a small company to do.

The company provides a major update to its software every three months — which, as a cloud-based program, all doctors will automatically receive and have access to.

What’s Next for Modernizing Medicine?

As the company is rapidly expanding within the U.S., it’s eyeing other parts of the world for expansion as well. Naturally, the European Union is a logical next step, with its modern infrastructure and growing need for medical treatment due to an aging population.

Another possible expansion would be in India, especially for ophthalmology, as the country has a huge number of ophthalmologists and thus high demand for modern software. The country also has a strong information technology sector, so it seems ripe for the picking.

Meanwhile, the company has created ModMed University to help its users understand the software and its possibilities. They aim to have educators live on the platform to help students.

On one last note, the company has also built a telemedicine platform into its software. Telemedicine has been one of the rare 2020 buzzwords that will likely not die down, as the year has shown that telemedicine is actually a quite viable and cherished option for both doctor and patient.

Kudos to Modernizing Medicine and many thanks to Dr. Rivers. We can’t wait to see how the company continues to grow and just how practices will figure out how to use it. We just love to see innovation like this. 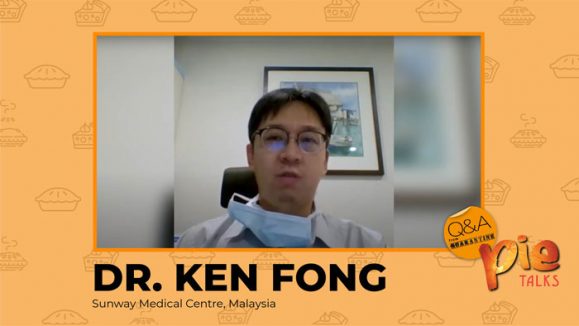 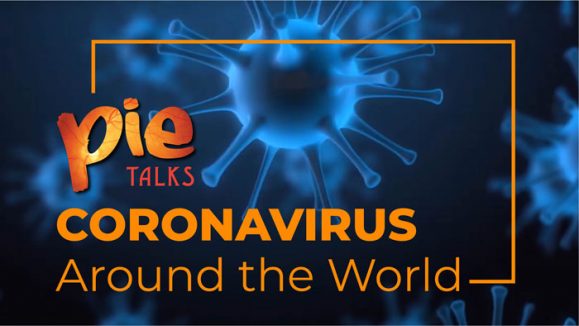 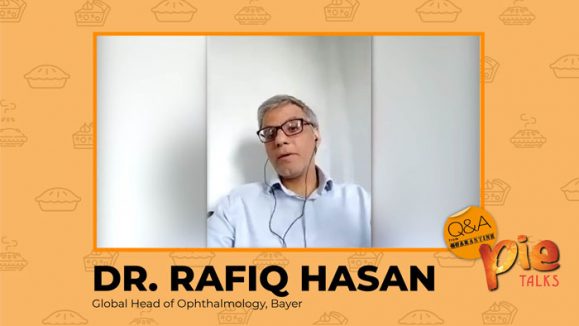