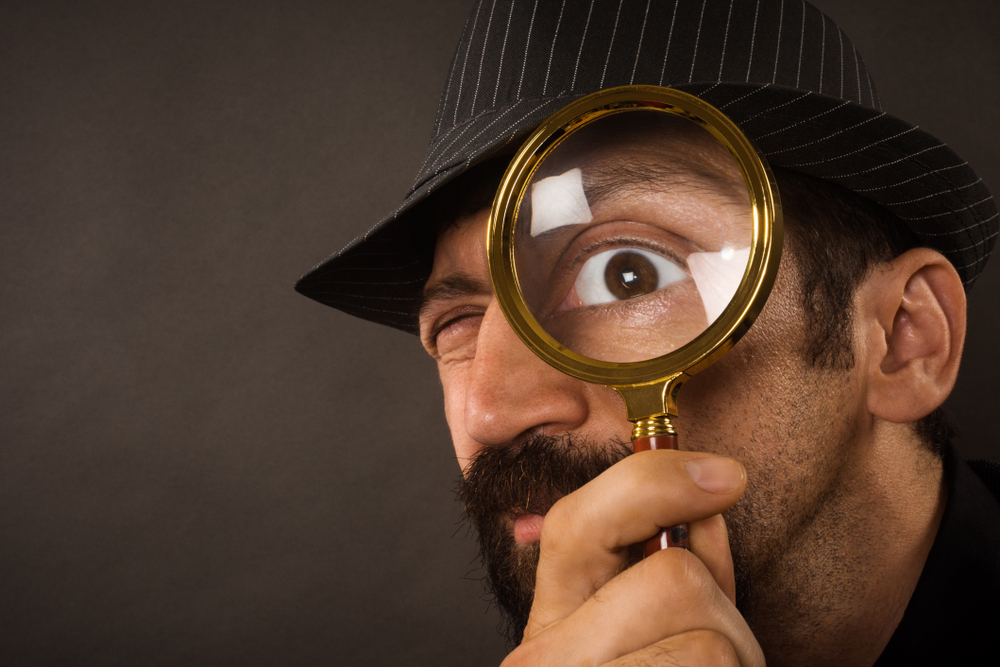 Once in a while, ophthalmologists come across diagnoses that appear puzzling. Several Asian doctors who shared case studies at the 5th ASEAN Ophthalmology Society Virtual Congress (AOS Virtual 2022) held last month showed that while some precedents could be found, they were rare for each diagnosis. The more is known, perhaps, the earlier and more accurate the intervention could be in case one of these situations is encountered.

When Over is Under: Case of DCI

What happens when decompression illness (DCI) causes problems for the eyes? Dr. Maria Joan Van Loy from the Philippines dove deeper into the subject when a 38-year-old female professionally certified open water recreational diver came in with some “visual field defect” in the right eye. When the upper eyelid was lifted, it was noted that the patient had a warped vision in the superotemporal visual field and later, a superior arcuate scotoma was noted in the same eye when blinking in a well-lighted room.

Because of the increase of pressure outside the body, nitrogen bubbles go from the lungs, to the blood and into the tissues. “As a rule, never ascend faster than 10 meters per minute to allow the nitrogen to diffuse from the blood and the tissues to the lungs,” Dr. Van Loy said. “Fast ascends could cause decompression illness,” she further cautioned.  Electronic diving records showed the patient had ascended fast quite a few times even in past dives. Thus, nitrogen could have accumulated in her system.

This latest sudden event occurred right after the patient’s third dive, with Dr. Van Loy assessing her to suffer from arterial gas embolism (AGE, perfusion blockage caused by gas bubbles in the arterial circulation) in the right eye. She was given 100% oxygen inhalation at the emergency room while waiting for her COVID-19 and lab test results. Immediately after that, she was scheduled for a hyperbaric oxygen treatment (HBOT), 24 hours after her last dive. “The rule is to continue treatment until symptoms are resolved,” Dr. Van Loy explained.

HBOT reduces the amount of nitrogen bubbles in the bloodstream, allowing reperfusion. It reduces neutrophil and edema while decreasing bubble size and forces the remaining gas outside the circulation. DCI or Caisson Disease should be suspected if it occurs within 24 hours after diving,” said Dr. Van Loy, noting that the condition is more prevalent among commercial rather than recreational divers.

One of the symptoms of AGE is the blurring of the vision. Ophthalmic manifestations of DCI are quite rare although they do appear as nystagmus, visual field defects, scotomas, or homonymous hemianopsia. In a study, fluorescein angiography (FA) among divers showed up as RPE abnormalities. “Some changes were similar to that of choroidal ischemia,” she said.

To avoid DCI, some important safety reminders were to perform safety stops (3-5 minutes at 5 meters), have a minimum of 4 hours before flying, stay hydrated, use a dive computer, and be aware of the ascending rate. Prognosis of DCI includes future recurrence. “Yes, you can still dive, but with safety precautions,” she said.

Consultant in the Medical Retina Department, Singapore National Eye Centre (SNEC) Dr. Kelvin Teo recounted a puzzling case of a 55-year-old man who was referred to SNEC for suspected early or intermediate age-related macular degeneration (AMD) after RPE pigmentation and potential drusen were noted on fundus.

However, Dr. Teo noticed there was an abnormality above the RPE which was described as a confluent hyper-reflective sub-retinal band. In comparison, the RPE area of a regular AMD patient is relatively intact, while his referred patient showed discrete subretinal nodule and irregular RPE. “It’s definitely not something seen in patients with early or intermediate AMD,” he said.

Another interesting clue was a focal subretinal deposit on the OCT, something absent in patients with intermediate AMD. There were other abnormalities which added to the puzzle — for instance, the confluence of sub-RPE deposits. After blowing the image up a little, diffused intraretinal deposits were seen above the focal sub-RPE nodule (deposit). Coincidentally, the patient experienced weakness in the limb just as he was sent for further investigation, prompting an MRI which showed lesions that were CNS B cell lymphoma.

Three months into the treatment, the OCT scan through the fovea showed the PED (pigment epithelial detachment) subsiding and irregularities on the temple side slowly fading away. The fundus showed significant reductions in the RPE lesions as well.

Finally, the culprit was confirmed as primary vitreoretinal lymphoma. Dr. Teo highlighted a study1 which showed the frequency of OCT features which characterize this group of patients. In reference, the study also identified OCT features similar to the ones seen by Dr. Teo, such as the discrete nodules and confluent band, hyper-reflective infiltration in the inner layers of the retina, sub-RPE deposits, undulation of the RPE, and hyper-reflective foci in posterior vitreous. Another study2 suggested that the “development of intraretinal deposits could be an important early indicator of disease progression or recurrence.”

In summary, the PVRL or CNS lymphoma could be a difficult diagnosis to make but the OCT is a useful tool, even though the signs may be subtle. There needs to be a careful study of the OCT, especially of the presence of hyperreflective bands above the RPE while intraretinal involvement shows progression.

The mystery continues in the next case. A rare diagnosis of retinal images came Dr. Paolo S. Silva’s way at the Joslin Diabetes Center, Harvard Medical School, USA. The first case involved a 63-year-old man with type 2 diabetes mellitus (DM) with hypertension. An ultra-widefield image of his right eye showed a diffuse, creamy pinkish discoloration of the retina with the left eye being similar. There were also creamy, white discoloration of the peripheral retinal vessels where the vessels were difficult to visualize.

When magnified, the cream colored vessels from the mid to far periphery appear light on red-free imaging, while the normal vessels appear dark. The magnified view of the superotemporal quadrant showed a yellowish hue of the retina with cream colored vessels blending into the fundus background. Similar findings were seen in the inferior temporal periphery. In the left eye, there were gradual color changes to the vessels moving toward the periphery and this was also visible in the inferior nasal periphery.

Dr. Silva’s second case was also a male patient, a 43-year-old type 2 DM patient with hypertension. The ultra-widefield image of the left eye also showed a diffused creamy discoloration together with a whitish discoloration of the peripheral retinal vessels. However, different from the previous patient, there were white patches on the retina. These were later discovered to be “fat deposits” in the retina related to the revealed disease. On the red-free imaging, the retinal vessels and retinal lesions appear white. “This is in stark contrast to how retinal vessels and lesions turn dark on red-free imaging,” he said.

Furthermore, OCT imaging for the patient showed hyper-reflective dots in the inner retinal layer with retinal vessels appearing engorged with hyper-reflective material that causes posterior shadowing. The two patients’ laboratory test results showed marked increase in triglycerides and cholesterol levels. Finally, the mysterious diagnosis was uncovered: The patients have lipemia retinalis. It is a rare but important ocular finding in severe hypertriglyceridemia. It can remain undetected until triglyceride levels rise above 2,500mg/dL.3

Its classic appearance is salmon-cream-colored retinal blood vessels which are the result of oversaturation of plasma with triglyceride laden chylomicrons, causing light scatter.4 It doesn’t usually affect VA. UWF imaging or careful peripheral clinical examination is important for early detection of lipemia retinalis.5 This disease may start at the periphery before reaching the posterior pole. Fortunately, the disease is reversible with weight reduction, diet, exercise and reduction of alcohol intake. Although no treatment is required for it, physicians should still be alert to its signs and symptoms.