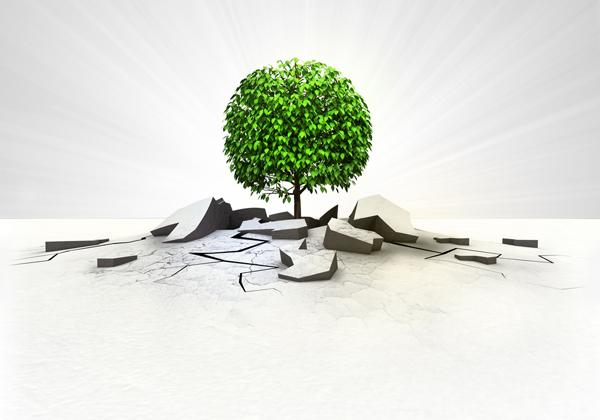 On October 24, 2020, dozens of retinal surgeons worldwide met during the Retinawesome 6 virtual meeting. They had only one goal — to exchange knowledge on some of the latest, cutting-edge techniques in retinal surgery. Like all the past Retinawesome meetings, the event was organized and moderated by Dr. Hudson Nakamura from Brazil.

Much Ado About Myopic Foveoschisis

The keynote speaker Dr. Lawrence Chong, adjunct clinical professor at the Keck School of Medicine at the University of Southern California (USA), led discussions on myopic foveoschisis. According to Dr. Chong, myopic foveoschisis has only become a widely recognized condition with the advent of OCT imaging.  “It is not entirely a splitting of the neurosensory retina, but characterized by retinal pillars, surrounded by cystoid spaces, and most commonly seen over a staphyloma,” he explained.

But how does myopic foveoschisis develop? “The most likely explanation is that this is related to vitreoretinal interface abnormalities. However, other researchers have proposed retinal stretching, primary retinal degeneration and staphylomas as etiological factors,” said Dr. Chong.

The Kiss of Death

On the outcomes of treatment, the natural history of myopic foveoschisis is variable, and the retinal thickness correlates poorly with the prediction of vision, emphasized Dr. Chong. “The patient’s vision is usually worse in the presence of a retinal detachment. While several surgeons have reported success using pars plana vitrectomy, ILM peeling and instillation of C3F8 gas, overall outcomes are better today, given that we have a better understanding of the pathophysiology of myopic foveoschisis,” he said.

Furthermore, Dr. Chong discussed the case of a patient with bilateral myopia with rapidly progressive vision loss (20/30 to 20/100 in the right eye). “I performed a vitrectomy and ILM peeling with C3F8, following which the foveoschisis resolved and eight months later, the patient’s vision was back to 20/30,” shared Dr. Chong.  A few months later, noted Dr. Chong, the patient suffered a recurrent schisis, with vision dropping to 20/63 and was surgically treated again, with ILM peeling and C3F8 gas. “However, about 10 months later, the eye developed a macular hole. In the presence of a high myopia and staphyloma, a macular hole is the kiss of death and is the most difficult to repair,” Dr. Chong said.

So what did Dr. Chong do with this challenging case? “I decided to try a gas fluid exchange, and to my surprise, the macular hole closed, and the retinal detachment flattened. Over two years, the patient had multiple gas fluid exchange procedures due to recurrent retinoschisis,” he said.

While commenting on this case, Dr. Wai-Ching Lam, clinical professor of ophthalmology at the University of HongKong (HKU) Faculty of Medicine, noted that: “We have had many cases of myopic foveoschisis mainly because it’s quite common in people of Asian origin. This case of repeated occurrence is quite fascinating and unique. A laser application around the perifoveal area could be an option to induce adhesions that may prevent the recurrence of the schisis.”

On the other hand, Dr. Andre Juca, professor at the Universidade Federal Do Ceará in Brazil, said that if there is no traction, one could explore performing a gas fluid exchange, and ask the patient to lie in the prone position. “This has worked for me in the past. However, a macular buckle may be placed as a permanent solution,” added Dr. Juca.

Commenting on this case, Dr. S. Natarajan from India, said that in a similar case he had in the past, he had successfully used a macular buckle to treat the patient. “However, the challenge, in this case, is the accurate placement of the macular buckle,” he shared.

The Curious Case of a Recurrent Macular Detachment

Unfortunately, the patient was not compliant with the face-down position, and so she developed a posterior subcapsular cataract from the gas, and the macular detachment worsened. “I performed a phacoemulsification with intraocular lens placement, pars plana vitrectomy, with fibrin sealant (TISSEEL) directly over the optic pit,” added Dr. Lam.

Subsequently, the macular detachment resolved. “However, two months after the first surgery, the patient presented with macular fluid, and at this point, I created an inverted ILM flap to cover the optic nerve pit, careful not to tear the ILM, which was very fragile in this 9-year-old girl. This flap worked well, and the patient had no additional complaints,” explained Dr. Lam.

Getting good OCT imaging that clearly shows the communication between the optic pit and the subretinal space over the macular area can be challenging. There have been many publications that explain the pathophysiology of macular detachment caused by the optic nerve pit. Regarding treatment, Dr. Lam said that some surgeons have suggested laser over the temporal border of the optic nerve pit to reduce recurrence. “However, I find this more traumatic,” added Dr. Lam.

During the discussions, Dr. Saad Waheeb from Saudi Arabia, asked if the ILM was stuffed on the pit or simply layered on the surface. “I raised a large ILM flap from the temple to the macula, which aims to prevent fluid accumulation in the optic pit but can be used secondarily if there is a need for additional repair in the future,” responded Dr. Lam.

Phacovitrectomy: Is it really worth trying?

Dr. Juca presented a recent case of a 42-year-old male with vitreous hemorrhage and cataract, in which he performed a phacovitrectomy. “Removing the lens and inserting an IOL provided a good amount of space for complete removal of adherent vitreous tissue, and repair of the bullous retinal detachment. Not having the lens in situ makes the surgery a whole lot easier,” he explained.

However, phacovitrectomy has some disadvantages. According to Dr. Juca, there is a longer surgical time, absence of red reflex, higher risks of posterior capsular opacification, and IOL subluxation. “Also, there is a higher risk of proliferative diabetic retinopathy,” he added.

Are there any advantages to phacovitrectomy? Yes, according to Dr. Juca, these include faster visual recovery, better view in surgery which enhances the vitreous removal. “There is a reduced risk of lens damage, less patient morbidity,” he noted.

However, Ophthalmologist-in-Chief of the Ophthalmology Department at the Athens General Hospital, Dr. Emmanouil Mavrikakis has a different opinion and suggested that phacovitrectomy should not be the first option. “Why touch a lens if it’s clear and doesn’t need to be touched? My rationale is that if the lens is fine, it doesn’t need to be removed, especially in diabetic patients, where one can open a Pandora’s box of proliferative diabetic retinopathy or diabetic vitreous detachment,” said Dr. Mavrikakis. Besides, according to Dr. Mavrikakis, removing the lens is an extra inflammatory procedure that the patient doesn’t need.

According to Dr. Vaivhav Sethi from India, this needs a balanced approach. “In cases of cortical or posterior subcapsular cataract, I prefer to do cataract surgery. However, in diabetic patients, I tend to be more conservative to avoid the risk of corneal edema,” said Dr. Sethi.

Worms in the Wrong Places: A Case of Subretinal Cysticercosis

Dr. S. Natarajan shared insights into ocular cysticercosis, to which he noted is caused by ingestion of ova of Taenia solium (pork tapeworm) and may manifest as extraocular (in the subconjunctival or orbital tissues) or intraocular (in the vitreous, subretinal space or anterior chamber). These find their way into different tissues forming cysts.

Then Dr. Natarajan discussed an interesting case in which he excised cysts from the vitreous cavity of a patient. “I have operated on many of these cases, especially in rural parts of India. In this case, we saw that the parasite had migrated into the vitreous cavity through the retina. However, we found no retinal breaks or detachment,” he shared. He added that the cysticercoma was removed through a 20G sclerotomy and sent for histopathology to confirm the diagnosis.

“It is crucial to avoid cutting the cyst within the eye to avoid deposition of parasite antigens in the eye, which can elicit strong inflammatory responses. These cases have reduced today, probably due to increased hygiene levels and reducing these parasites’ transmission,” explained Dr. S. Natarajan.

Editor’s Note: Retinawesome 6 was held on October 24, 2020. Reporting for this story took place during the event.