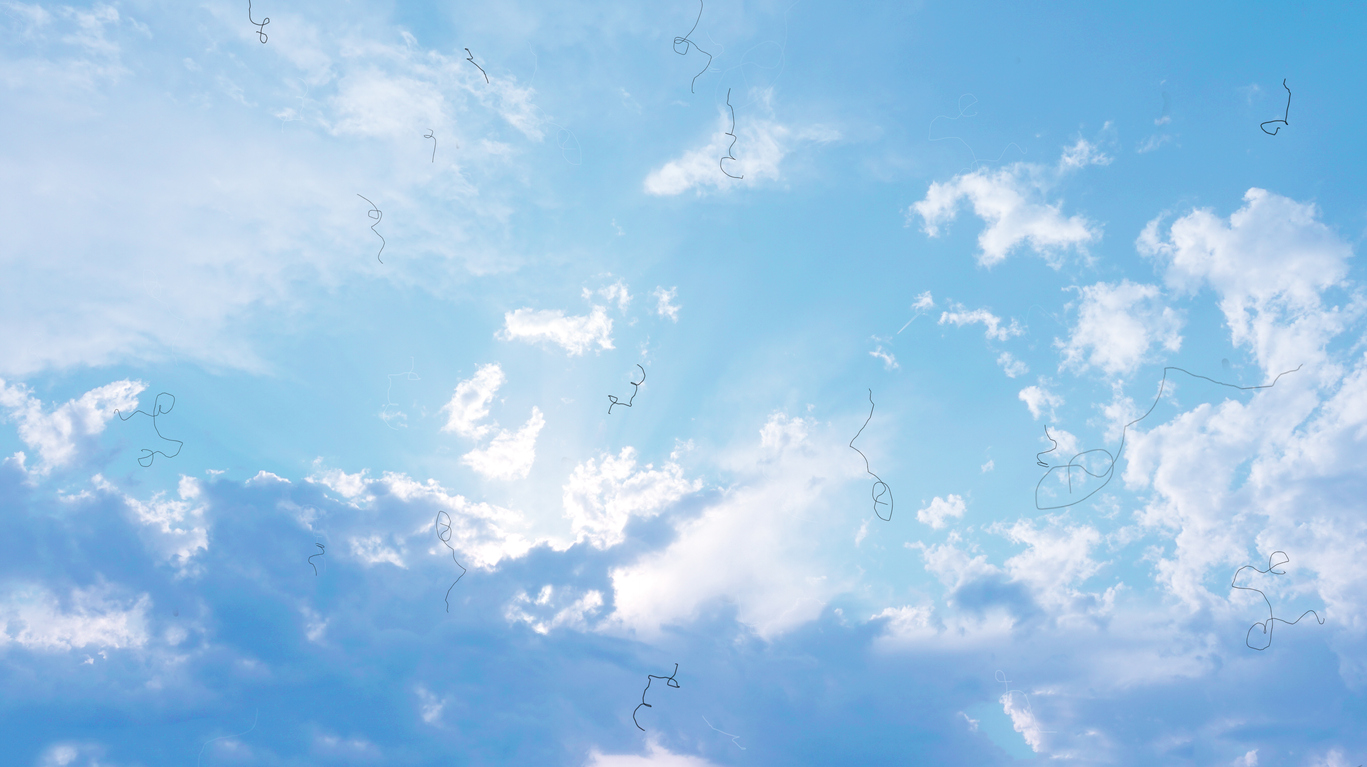 Floaters can be a true nuisance — the squiggly black lines in eyes can add irritation to the usually pleasant experiences of reading or taking in a beautiful landscape, and can be distracting when trying to work. This is especially true for the millions of people who work with computer screens, since looking at a bright background enhances their appearance. The scientific term for the effects of floaters would be “decreased quality of life.” For those who have floaters, they’re more often referred to with colorful expletives.

They can be brought on by simple age-related changes in the eye, though more serious causes can include inflammation, a torn retina or diabetic retinopathy. For many, floaters simply appear over time and many accept their presence as a natural, though unwanted, aspect of aging. Clumps of collagen and hyaluronic acid break off from the rear wall of the eye and cast shadows on the retina.

Just how common are floaters? Surprisingly so. One recent study1 of smartphone users indicated that 76% of respondents confirmed having floaters, while a full third reported that the floaters caused noticeable visual impairment. The study noted that floaters’ prevalence were not affected by users’ age — something that may raise eyebrows.

And furthermore, just how irritating are they? Another study2 showed that sufferers of floaters would cash in 1.1 years for each remaining 10 years of their life to be floater-free — showing that they’re a true obstacle to a satisfying life.

Whatever the case, it’s clear that far more people suffer from floaters than might be expected, and as people rely on screens more and more this is a problem. For many, this will not do. So, what treatment options are there?

An additional, seemingly natural, part of time’s progression these days is swift advances in the medical world, and that includes treatments for floaters. Yttrium aluminum garnet (YAG) laser electrolysis has been shown to be effective in what some doctors call “floater busting.” The procedure uses microsecond pulses to turn opaque bits of vitreous — made up of hyaluronic acid and collagen — to gas.

YAG electrolysis has gained popularity in recent years. Not only is it a relatively fast technique, it’s non-invasive and is relatively cheap. It’s no surprise that such an option would be attractive to both patients and practitioners.

However, one meta-analysis3 published in February, 2020 in Advances in Therapy notes that the technique is highly controversial. Both the safety profile and the efficacy of the treatment are called into question in the study, which also notes that there is limited evidence to guide clinical practice in its use.

The first study of YAG4, presented in 1993, showed high patient satisfaction after pulses of 5-10 mJ per pulse. However, the meta-analysis discusses the outcomes of two other studies using YAG vitreolysis: One 2002 study by Delaney et al.5 comparing YAG to pars plana vitrectomy (PPV) and another by Shah and Heier6 specifically dealing with Weiss rings.

The Delaney et al. study indicated that 54% of patients experienced no relief from symptoms after YAG, while 7.7% felt worse — in contrast to a 93.3% satisfaction rate after PPV. The Shah and Heier study involving Weiss rings resulted in 53% of patients reporting a partial or complete improvement of symptoms.

The meta-analysis noted that in the Delaney et al. study, the maximum energy used was 1.2 mJ per burst, while the Shah and Heier study used pulses between 3-7 mJ. The authors postulate that lower energy levels merely disrupt floaters but do not evaporate them.

The authors of the meta-analysis (Katsanos et. al.) noted that data following up on patients beyond a 6 to 12 month time frame are scarce — and that potential retinal damage that may have occurred may not have been detected yet. And given the small sample sizes of patients in studies, information on the outcomes of YAG is still not in abundance.

Animal studies7 have shown that pulses of 2-6 mJ could not be focused to within 2 mm of the retina without damaging it; furthermore, pulses of 4-8 mJ used to eliminate floaters 2-4 mm from the retina were “quite likely to damage the retina due to errors in focusing.

In another warning, the meta-analysis pointed out that refractory-open angle glaucoma has been reported after YAG treatment. The cause is yet unknown — more studies are necessary.

What’s Next for YAG?

The above safety concerns are the result of a few studies that show the possibilities for damage from YAG, but certainly the treatment will be a valuable tool in an ophthalmologist’s arsenal — once all the tweaks have been made. Some ophthalmologists are making significant progress with YAG, which PIE magazine will report on in our next article on floaters.