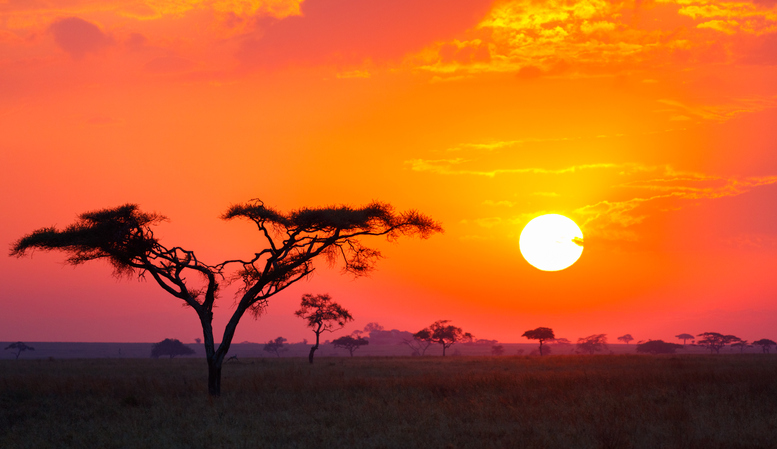 Coronavirus can’t stop ophthalmology. There might be nothing that 100 men or more could ever do to end the pandemic tomorrow, but in the meantime, we can bless the global ophthalmological community down in Africa (online of course).

The first day of the conference was a smashing success, even beyond the excellent presentations and seminars. We saw ophthalmology companies, clinicians, doctors and other industry professionals  come together to make a defiant declaration in the face of coronavirus.

This statement of solidarity —  run as an industry advertisement during the virtual congress by exhibitors such as Geuder and Media MICE (our parent company) — exemplifies the blitz spirit that proves coronavirus can’t stop our industry. Together, we will endure and emerge stronger than ever.

In the meantime, yes — booth traffic is a major challenge as both exhibitors and delegates transition from the physical space to the digital exhibition hall. This was very likely to happen, as a virtual space cannot possibly identically replicate an in-person meeting, and learning curves abound. Yet without this space we must remember there would be, well, no WOC at all this year. We suspect that the learnings coming from the digital exhibition environment will be incredibly important once physical congresses return, and who knows, perhaps lead to hybrid meetings that will deliver value beyond what we ever thought possible. Participants at the WOC will remember: We were here when it all happened and digital history was made, and now,  we virtual participants are incredibly well-positioned to come out ahead in the new post-pandemic era.

Meanwhile, on Day 2, we saw spirited debate and the expected healthy plethora of symposia to choose from. Among the many topics showcased, retinal surgery and treatments proved particularly popular, covering a wide array of specificities. As is fitting for a conference that should have been held in Cape Town, the African ophthalmology community was widely considered and well-received.

What Can Ophthalmology do for One of Africa’s Most Vulnerable Countries?

Somalia is one of the best benighted countries on the continent and its population’s access to medical care, particularly ophthalmology, is limited. Optic neuropathy is endemic and numerous other challenges exist. Our very own DJ Bananaman Mouse (aka CEO Matt Young, a.k.a. Fancy Costume Man) was delighted to welcome from Somalia, Dr. Abdisamad Haye, to Media MICE at WOC2020 Virtual® to discuss ophthalmology there.

In a country of almost 17 million, Dr. Haye reports there are 12 M.D. ophthalmologists in Somalia, five with a P.M., six masters, and 15 with diplomas. Eye trauma (frequently caused by gunshot or explosions) is a chronic issue, as is corneal disease. Retinal surgery — most unfortunately — is not able to be performed in Somalia, although treatments like anti-VEGF injections are possible.

“We need to train our future ophthalmologists to be subspecialists, then we can order equipment like LASIK and glaucoma lasers,” Dr. Haye said. At WOC, are there any entrepreneurs or foundations in the house that could help make this happen? Inquiring minds want to know!

“Together we have to fight, to unite and to become one, and to communicate  to solve our problems [in Somalia],” he added.

What do ophthalmologists and Tom Cruise have in common? No, it’s not that they’re overly handsome and successful (although we’re sure that’s true), it’s that they have a need for speed. That’s according to Dr. David Chow of the University of Toronto, who during the New Advances in Vitreoretinal Surgery seminar said that ophthalmologists need to embrace the speed mindset during surgery.

“Ophthalmology is becoming exciting again because of the proliferation of new techniques,” said Dr. David Chow.

“We have a need for speed, why do we want to go faster? Because faster cuts equals smaller bite tissue and less induced traction,” he said.

New techniques also featured prominently during one of the day’s earlier live sessions, Current Evidence for Managing Retinal Diseases. There was a particularly fascinating debate about whether anti-VEGF treatment can replace laser therapy in developing countries. Naturally this is particularly relevant in the African context.

Speaking for the motion was Dr. Rizwana Amod from South Africa’s Cape Eye Hospital. Some of her standout points were that anti-VEGF treatment is easier to administer in developing countries and requires less training than lasers, thus broadening access. She also argued that much of the research supporting laser treatment is outdated.

Countering Dr. Amod’s arguments, Mr. Kwesi Amissah-Arthur from the University of Ghana Medical School said that anti-VEGF treatment remains unaffordable for most Africans. He pointed to the fact that in Ghana the average monthly wage is $100 and the cost of a bevacizumab shot is $60. The inability of many Africans in developing nations to pay for expensive medical treatment is well-documented, with antiretroviral treatment being a notable example.

Human immunodeficiency virus (HIV) is of course a major issue in African healthcare, particularly in South Africa where more than 20% of the population is confirmed as HIV positive. It’s therefore an excellent topic to cover at an Africa-based conference — and we particularly enjoyed a poster on retinal nerve fiber layer thickness in HIV positive patients. Published by a group of researchers from the University of Witwatersrand, Retinal Nerve Fibre Layer Thickness in a Normal Black South African Population examined nerve fibre thickness in HIV positive patients and controls.

This study includes 146 eyes from 73 patients and remains ongoing. Thus far, this study has included 32 eyes from 16 patients, and 3 out of the 14 eyes in Group A showed thinning of the RNFL. Thinning was also noted along the inferior-temporal quadrants. The highest CD4 count in this group was 37 with the lowest at 5. Fascinating stuff, watch this space!

Now, syphilis might not be everyone’s favourite medical malady but the disease is experiencing a resurgence in Africa, often encountered in tandem with HIV infection. Ocular syphilis is resultantly emerging as an important cause of uveitis. This led doctors D. Mathew and D. Smit from the University of Stellenbosch in South Africa to examine the Clinical and Laboratory Characteristics of Ocular and Neurosyphilis Amongst Individuals with and Without HIV Infection.

Overall, 215 eyes of 146 patients were included and the results of the study were stark. HIV co-infection was present in 52.1% of the patients, and 43 (29.5%) had neurosyphilis. The doctors concluded that HIV status must be determined in all patients with ocular syphilis since almost 25% of patients were newly diagnosed with HIV infection by doing so.

Make sure you stay tuned for more reports by the ever funk-tanculour Media MICE team as we kick-off tomorrow with Day 3 of WOC2020 Virtual®. You can look forward to more posters, superb live session coverage and as always, fabulous fashion. Till then!