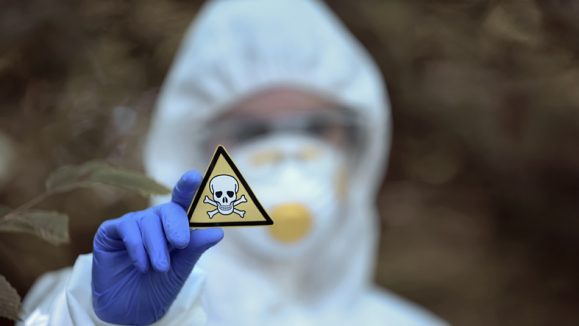 Fast forward to 2020 — in the throes of the COVID-19 pandemic— and the idea of “repurposing” these substances has surfaced once more.

Although primarily used as antimalarial drugs, the anti-inflammatory and immunomodulatory properties of chloroquine and HCQ made these substances suitable against mild cases of inflammatory arthritic diseases.2 In the treatment of rheumatoid arthritis (RA), HCQ (the less toxic metabolite of chloroquine) exhibited limited structural effects on joint damage. Also, it has been found to inhibit the production of RF antibodies and acute phase reactants as well as many different enzymes including collagenase and proteases (which directly cause cartilage breakdown).1,3-6

As drugs with a 50-year history, reports about the efficacy of chloroquine and HCQ against malaria, systemic lupus, and RA did not come without side effects. While well tolerated in general, and rarely needing discontinuation due to adverse systemic reactions, reports of irreversible retinal toxicity cannot be ignored (retinal, neuromuscular and cardiac toxicities are classified as serious adverse events in the use of both chloroquine and HCQ).1

A recent French study indicates that retinal toxicity is not as rare as once believed, but it depends critically on daily dosage and duration of use, as well as other risk factors. The investigators recommended that HCQ can be prescribed with relative safety even over longer periods of time as long as dosage and other factors are carefully accounted for, including proper screening for early signs of toxicity.7

A much more recent case from India, although rare, reported an unusual case of HCQ macular toxicity after only 2 months of starting the treatment: “A 42-year-old woman presented with visual impairment. Her visual acuity was 20/20 in the right eye and 20/25 in the left eye. Ophthalmologic examination revealed a bull’s eye pattern in both eyes which was more prominent in the left eye. She had received HCQ therapy (400 mg/day) for 1 month, and had been taking 200 mg/day for 1 month for the treatment of rheumatoid arthritis.” (Pasaoglu and Onmez, 2019).8

HCQ macular toxicity is rarely seen in short-term use though, based on available research. One other report of toxicity in short-term use was found in a patient with systemic lupus erythematosus prior to 5 years of HCQ treatment (Chiang et al, 2014).9

In RA patients, ophthalmic toxicity is the most important side effect after treatment with either chloroquine or hydroxychloroquine. Moreover, it is important to note that despite cessation of the chloroquine therapy, retinal degeneration still gradually progressed.10-12

Ocular toxicity seems to be a common side effect reported in literature. Based on results of such clinical studies, precise screening protocols and safe dosing guidelines to prevent ocular toxicity and detect retinal damage at an early stage have been elucidated.

Based on published evidence, HCQ is toxic to both the cornea (anterior) and the retina (posterior). While corneal deposits can disappear over time, results indicate that the damage to the retina still gradually progresses despite discontinued use of HCQ.

According to a 2006 study from Hong Kong, both medications can cause corneal deposits, posterior subcapsular lens opacity, ciliary body dysfunction — and most importantly, irregularity in the macular pigmentation in the early phase; a ring of macular pigment dropout in the advanced stage; and peripheral bone spicule formation, vascular attenuation, and optic disc pallor in the end-stage. Ocular symptoms of retinopathy include blurred and partial loss of central vision, side vision and in the later stage, night vision. Symptoms of corneal deposits include halos and glare.13

HCQ has a long half-life (50 days) and takes about half a year to achieve full elimination from the body.14 However, older reports have indicated that it may still be detected in the blood and urine of the patients 5 years after stopping therapy.15-16 These are significant literature reported which might help clinicians manage the minor side effects (itching and corneal deposits) and even the major ones such as retinal toxicity. This would also explain the continued maculopathy (from over 6 months to up to 20 years) even after discontinuation of the medication.17 Corneal deposits (called vortex keratopathy or corneal verticillata) result from binding to cellular lipids and deposition of the drug in the basal epithelial layer of the cornea. Discontinuation of the drug usually causes these deposits to disappear over time.14

In systemic lupus erythematosus (SLE) patients, HCQ has been found generally safe and may be prescribed to pregnant women. However, experts warn of the need to prevent retinopathy — a rare but serious complication of the prolonged use of HCQ.18