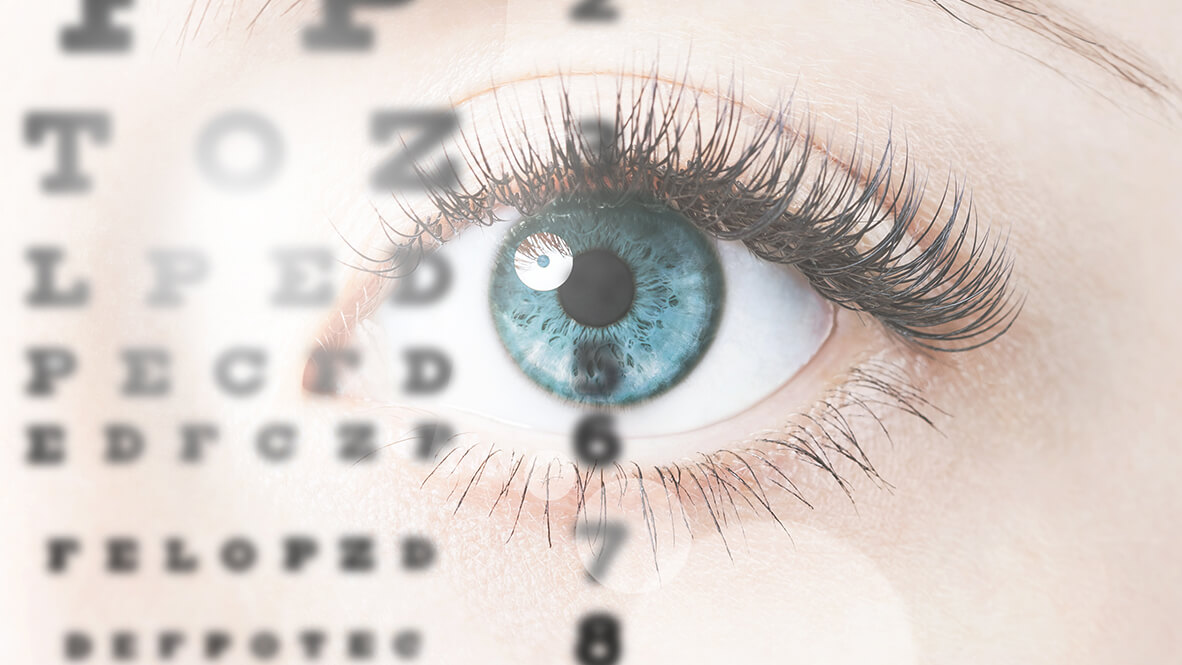 Polypoidal choroidal vasculopathy (PCV) was first described by Dr. L Yannuzzi during a presentation of cases at the American Academy of Ophthalmology (AAO) in 1982. It is a disease of the choroidal vasculature and is present in both men and women of many ethnicities. PCV is characterized by serosanguineous detachments of the pigmented epithelium and exudative changes that can commonly lead to subretinal fibrosis. Thanks to better imaging techniques, the disease is more understood than it was 10 years ago. The incidence of PCV in Asia, as a nonvascular age-related macular degeneration (nAMD) subtype, is 40% – compared to only 15% in Europe.

The existing treatment options are:

• Anti-VEGF monotherapy (with or without rescue)

Results from the EVEREST II Study

The 24-month results from the EVEREST II study were presented for the first time to the audience by Prof. Adrian Koh, an associate professor from Camden Medical Centre in Singapore.

EVEREST II is a completed 24-month, phase IV, randomized, double-masked, multicentre study whose primary objective was to compare the effects of combination therapy (ranibizumab 0.5 mg + vPDT) versus monotherapy (ranibizumab 0.5 mg only) with respect to change in best-corrected visual acuity (BCVA) from baseline and complete polyp regression at month 12. The study also evaluated the safety profile of the two dosing regimens of ranibizumab and compared the number of PDT and ranibizumab injections between both treatment arms.

A total of 322 patients from 42 sites across seven Asian countries including Hong Kong, Japan, Malaysia, Singapore, Korea, Taiwan and Thailand, participated in this 1:1 randomization study and were placed into either a combination or monotherapy group.

Prof. Koh announced that there were two important outcomes from this study. The first was that the visual acuity (VA) gained was 9.6 letters in the combined group as compared to 5.5 letters in the ranibizumab monotherapy group, which was a highly statistically significant finding. The second important outcome was that the percentage of complete polyp regression at two years was more than double in combination therapy (56.6%) as compared to monotherapy (26.7%).

This showed that the excellent results seen in month 12 were maintained even until month 24, and that more superior results were observed in combination therapy with respect to improving BCVA and achieving complete polyp regression from baseline to month 24.

The change in central subfield foveal thickness (CSFT) from baseline up to month 24 was at 152.9 microns which held steadily from month 3 onwards. Fifty-eight percent (58%) of the patients in the combined therapy group had no signs of disease activity at all.

The median number of ranibizumab injections administered prior to month 24 in combination therapy was half (6) the amount of injections in the monotherapy. Interestingly, about one third of the patients did not require significantly more injections from the initial loading dose. These patients were required to have one vPDT and three ranibizumab 0.5mg injections in the first 3 months and that was all that they required for the rest of the two-year study, while 19.5% of patients in the monotherapy group required 20-24 monthly injections during the two-year study.

As expected, due to the decreased number of injections, patient compliance was greater with 87% of patients adhering to the treatment protocol as compared to only 77% in the monotherapy group.

No significant increase in rate of retinal hemorrhage, atrophy or fibrosis was observed over the two-year period. Both treatment arms showed similar low rates of ocular adverse events. “By looking at the BCVA loss at both 12 and 24 months, we were confident that this was indeed a sight saving procedure,” said Prof. Koh.

There were fears that the additional use of vPDT would increase the risk of hemorrhage, even in the short term, but this was not so, in fact across the board from month 3 onwards, hemorrhage decreased from the baseline with very fast resolution and no recurrence of hemorrhage during the study period.

Verteporfin injections are used in combination with photodynamic therapy to treat abnormal growth of leaky blood vessels in the eye. The median number of vPDT treatments administered on patients was two. “This relieved some of our fears that multiple, repeated vPDT would cause progressive atrophy. We did not find any safety signals here.” Prof. Koh emphasized.

In summary, both treatment options achieved high visual outcomes in PCV patients, however, in patients with symptomatic macular PCV, the combined addition of vPDT

to ranibizumab was superior to ranibizumab monotherapy in improving visual acuity and regression of polyps at month 24. This combination resulted in an additional vision improvement of 4 letters, superior polyp resolution and other anatomical outcomes, fewer injections overall and similar safety profile as monotherapy.

Further in the symposium, Dr. Timothy Y. Y. Lai, MD, FRCS, FRCOphth, from the Chinese University of Hong Kong presented the latest updates on the use of anti-VEGF monotherapy in PCV management. Results of various studies were discussed.

Results from the DRAGON Study

DRAGON was a phase IV, randomized, double-masked, multicenter, controlled study conducted in China where 334 patients with nAMD were randomized 1:1 into two groups, which differed in terms of the dosing regiments of ranibizumab. These two groups were further subdivided into PCV and non-PCV groups respectively. The first group received fixed monthly doses while the other group received monthly injections until maximum VA was achieved (minimum 3 injections) followed by PRN injections for the remaining months. After the first year, all patients were switched to the PRN regiment and the study was completed at month 24. At baseline, 41.7% of these patients were suffering from PCV.

This study yielded results which showed that ranibizumab monotherapy was indeed effective in restoring vision in patients with PCV, resulting in high VA gains of 10 -12 letters at 12 and 24 months.

Results from the FUJISAN Study

Both groups received three monthly ranibizumab 0.5mg injections followed by 9 months of ranibizumab 0.5mg PRN. vPDT treatment was given on day one in the initial vPDT group and was conducted PRN at months 3, 6 and 9 in both groups respectively. After month 3, 45% of patients in the deferred group received PDT.

At the end of the 12-month study, no significant difference in VA gain was observed between both treatment groups with the mean change in BCVA from baseline to month 12 (ETDRS letters) being 8.1 and 8.8, respectively.

In summary, the DRAGON, EVEREST II and FUJISAN studies now provide us with much needed level 1 randomized clinical trial (RCT) evidence for the use of ranibizumab in PCV achieving good visual outcomes at month 12 for PCV patients similar to nAMD in clinical trial settings. Anti-VEGF monotherapy with ranibizumab also showed moderate effect on complete polyp regression at month 12 (35%). Initial PDT can result in fewer ranibizumab treatments as compared to deferred PDT.

Results from the LUMINOUS Study

Dr. Shigeru Honda from Kobe University Graduate School of Medicine in Japan, spoke on the topic of “real world evidence in PCV and clinically important considerations.”

Dr. Honda began his presentation by stating that PCV treatment should focus on 3 R’s: the Recovery of vision, the Regression of the polypoidal lesion and the Reduction in the number of injections in patients. Then he proceeded to present results of the LUMINOUS study.

The LUMINOUS study is a global, five-year, multicenter, observational study across all approved indications to evaluate the long-term effectiveness, safety and treatment patterns associated with ranibizumab 0.5mg in routine clinical practice. Thirty thousand one hundred and thirty-eight (30,138) patients from 488 sites across 42 countries were recruited to be a part of this study. Six thousand two hundred and forty-one (6,241) of these patients were treatment naïve nAMD patients and from these patients, 572 had PCV.

At month 12, in the Asian population, the mean VA gain was 6.3 letters in PCV patients as compared to 5.1 globally. The mean number of injections in the Asian population was also slightly lower as compared to the global population (3.4 v/s 3.7). Interestingly, none of these patients underwent combination therapy. Dr. Honda only presented the first year data from the said study. The complete five-year data of the study will be presented soon.

Dr. Honda then presented four successful combination therapy cases to the audience highlighting that impressive results were observed in all four cases where anti-VEGF + vPDT was used.

Editor’s Note: The APVRS 2017 Show Daily, Day 3 issue (page 10), published on December 10, 2017, reported the following paragraph: “The data also showed that with aflibercept (Eylea, Bayer, Leverkusen, Germany), patients gain many more letters of visual acuity than with ranibizumab (Lucentis, Novartis, Basel, Switzerland).” Given that the article discussed two-year PLANET study results, and the PLANET study results included no data relating to a ranibizumab treatment arm for comparison, this sentence is not accurate. We regret the error.