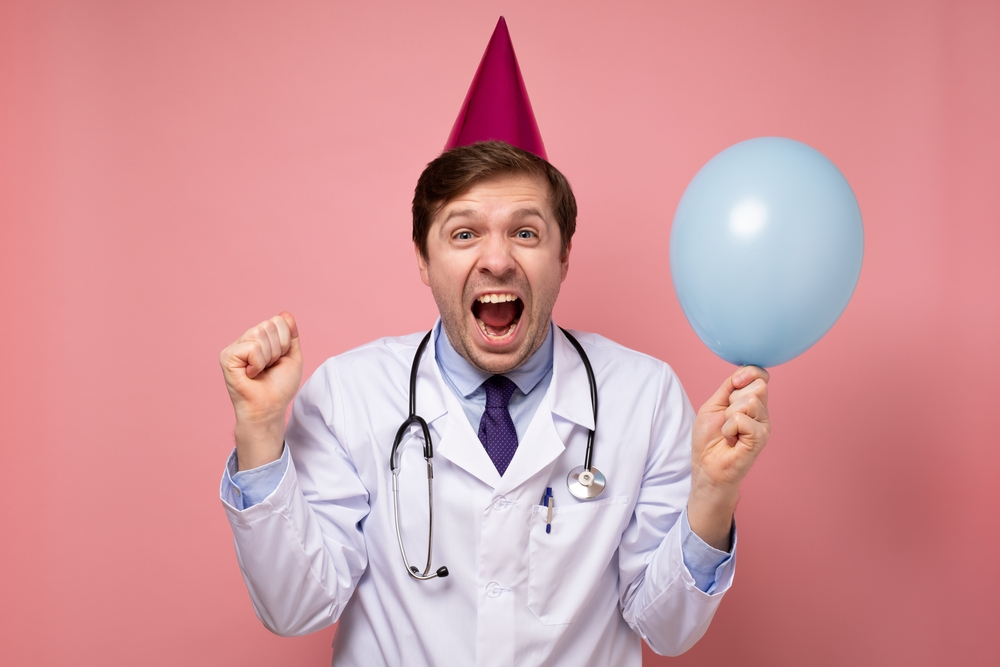 If you like both updates on ophthalmic medicine and saying funny words, you’re going to love this piece of news. On September 17, the FDA approved a ranibizumab biosimilar named Byooviz® (ranibizumab nuna).

Those who would like to congratulate the drug maker on its creative name can write to Samsung Bioepis (Incheon, South Korea) and Biogen (Singapore), the developers of the drug. We’d love to see some of the names that didn’t make the cut.

There’s more here going on than meets the eye, so let’s take a gander at Byooviz. And before we do that, you have our permission to say Byooviz several times with different inflections to get it out of your system.

Perhaps the most eye-catching part of this story is that Byooviz is the first ophthalmology biosimilar approved by the FDA, and represents a toehold for biosimilars in the industry.

It also represents a broader trend in FDA approval in which the regulatory agency approves drugs that are similar enough to ones already on the market and offer the same “safety, purity, and potency.” Byooviz follows 31 other biosimliar medications that have been approved by the FDA in recent years.

Basically, biosimilars are the same as the brand name stuff but cheaper — like the store-brand cereal that your mom swears is just as good. In this case, the brand-name stuff is Lucentis® (Genentech, South San Francisco, California, USA), which has been approved to treat nAMD since 2005. It’s since been approved for many other conditions, like macular edema, all forms of diabetic retinopathy, and MCN.

Because Byooviz is recognized as a biosimilar to ranibizumab, it’s approved for most of the same things ranibizumab is. It is not, however, approved for diabetic macular edema (DME) or diabetic retinopathy — which Lucentis is. See, mom? I told you this stuff isn’t as good.

There’s a catch here, however. Lucentis was on the market for 7 years before it was approved for all DME treatments — so perhaps Byooviz will just need some time. Byooviz is already approved for MCN, which took Lucentis 12 years to be able to brag about.

Because AMD treatments in general have come such a long way and the condition is much better understood than it was in 2005, it’s likely Byooviz will see a more rapid progression through FDA approval stages. But that’s just an educated guess — take it for what it is.

Biosimilars to balance the market

The main point of biosimliars, just like store-brand cereal, is to inflict less pain on pocketbooks. In the case of the medical industry, just whose wallet gets a boo-boo is often a make-or-break scenario for a drug. Considering a treatment of Lucentis can cost around $2000,insurance companies and patients alike would be thrilled to pay less than that for treatments — especially since AMD treatments, for example, are often recurring to the tune of once a month.

Cheaper drugs have always been an attractive option but, as the argument goes, they discourage innovation in medical laboratories. Who wants to do all that hard work researching and jumping through regulatory hoops just to have some other company come in and swoop up all your profits? The nerve!

That a ranibizumab biosimilar was approved the same year ranibizumab lost patent protection is no coincidence. Aflibercept will come off patent in 2023 in the U.S. and in 2025 in Europe, representing another treatment ripe for the swooping.

But whether these biosimilars will effectively fill the same role as the original approved medications remains to be seen. Off-label bevacizumab is widely used, but the American Academy of Ophthalmology (AAO) is leading the fight against insurance companies requiring healthcare providers to use bevacizumab biosimilars. They point to the fact that the alternatives often lack clinical evidence — even penning a piece titled, “Insurance Companies Are Pushing Biosimilar Drugs that May Damage Vision.”

Clearly, there’s more at work here than just trying to make drugs more affordable for patients. But we can count on more ophthalmology biosimilar candidates coming up.

We’ll remain optimistic for the future of Byooviz and you’ll likely hear that name quite a bit in the near future. It is a bit catchy, anyway, even if it’s silly. Kudos to the writer who came up with it. Byooviz. Byooviz. Byooviz.