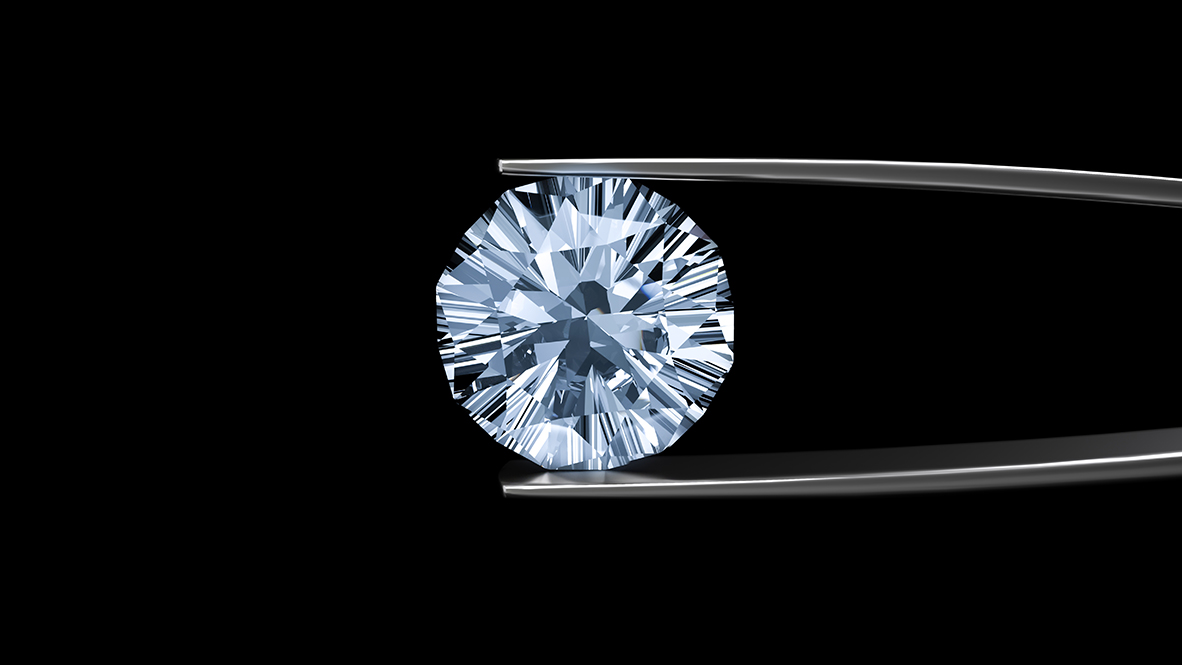 Treatments for retinopathy of prematurity (ROP) have become a growing focal point for vulnerable populations, especially in Asia-Pacific. Although quite rare, ROP is among the leading causes of childhood blindness. In Asian countries, preterm infants often develop ROP at higher birth weights compared to those reported in the West.

Successful treatment depends not only on screening premature babies, but also on the type of treatment used. Most cases of ROP have been treated with laser therapy, considered the standard of treatment until recently. Still, unique cases of ROP have occurred, notably one case of aggressive posterior retinopathy of prematurity (APROP) where diode laser photocoagulation was used in a preterm child with APROP and ocular albinism.1

Below, Dr. Alay Banker, director of Banker’s Retina Clinic, Ahmedabad, Gujarat, India – one of the first practitioners to use anti-VEGF therapy for ROP – sheds some insight on this case and the use of different treatment methods available today.

“In ocular albinism, patients do not have pigments in their retina,” said Dr. Banker. “The primary way the laser works when you do laser therapy [is that] it’s taken up by the pigments in the retina to cause coagulation. So, that’s why, in this case, where there is no pigment in the eye, it’s very difficult to get a laser reaction.”

Oculocutaneous albinism is distinguished by the complete or partial lack of melanin in the retinal pigment epithelium (RPE). This can prove to be rather challenging when treating with laser therapy due to the difficulties in visualizing retinal tears and effectively using an endolaser.

According to the report from the Indian Journal of Ophthalmology1, diode laser photocoagulation was implemented at higher parameters in a preterm female child with zone 2 APROP and hypopigmentation of the RPE and choroid. The baby was given topical anesthesia and did not experience any complications such as retinal tear or choroidal hemorrhage.

Other cases of ROP in similar infants found challenges with laser therapy and had to complete treatment with cryoablation of the retina. However, diode laser set for deeper choroid penetration resulted in successful treatment.

“Diode laser affects the choroid and is usually more effective in cases which have less pigments,” Dr. Banker commented. “The ideal case would be to use anti-VEGF treatment first, and then laser therapy after a few weeks. This way you can have vessels growing into the periphery where the retina is relatively seen with more pigments and thus, see the laser reaction more clearly.”

Although successful, it would not be right to say that researchers in this case study did not have other treatment options. Other than argon-green or diode laser photocoagulation, anti-VEGF therapy has been established as a viable option to treat ROP types. For instance, anti-VEGF medications have shown effectiveness in treating severe zone 1 ROP and APROP.

“One problem with using the diode laser extensively is that, since you’re treating the choroid more, there is a risk of swelling or choroidal detachment,” said Dr. Banker. “With anti-VEGF, the retina is able to undergo more normal peripheral vascularization, so you just have to do laser treatment in the remaining avascular retina.”

High VEGF levels can cause abnormal development of retinal blood vessels in premature infants. Therefore, anti-VEGF medications can combat structural irregularities before they cause extensive damage. Anti-VEGF medications are typically injected into the eye while the infant is under brief general anesthesia. Drugs like bevacizumab, ranibizumab, aflibercept and pegaptanib have shown clinical success with preterm infants at high risk of vision loss. The RAINBOW study2, in particular, has shown promise as an ongoing trial evaluating the use of ranibizumab vs. laser therapy in ROP.

“While the standard of treatment is the laser when it comes to treating APROP, or any severe ROP in zone 1 disease, using laser therapy destroys 70 to 80 percent of retinal peripheral area, which causes severe field restrictions as the child grows up,” explained Dr. Banker. “Now, the majority of experts are supporting anti-VEGF as a first-line therapy. They can then follow-up with the babies and go on to add laser therapy at a later stage.”

According to Dr. Banker, preterm infants already have a lot of risks. “Doing laser treatment at the start of therapy will take around 35 to 45 minutes, which may be more harmful,” he said. “Instead, we can do minor laser treatment when the baby is healthier and more stable. The procedure will be shorter with less anesthesia needed.”

Dr. Banker further explained: “Anti-VEGF therapy allows vascularity to grow into zone 2 [which extends to the edge of the retina on the side of the eye toward the nose] so that we can then laser the remaining 30 percent of the avascular peripheral retina. This way we are minimizing any destructive effects of therapy.”

Despite its advantages, anti-VEGF therapy has a higher rate of recurrence of ROP with a longer mandatory follow-up procedure. “Laser therapy is a more finite treatment. Babies who have had laser therapy often require less number of follow-ups,” said Dr. Banker. “It’s important to assess the patient to determine the method of treatment.”

The Future of ROP Treatments

When asked about what’s next for ROP treatment, Dr. Banker mentioned that there are some innovative practices in store: “We’re going to use AI and deep learning to develop an algorithm where we’ll be able to predict babies who have been treated with anti-VEGF and identify babies at high risk of recurrences,” he said. “We can then identify their response to treatment and advise those babies to come for earlier, more frequent follow-ups.”

In effect, treatment methods for ROP are not limited to certain cases as reflected by this case report. With successful treatment of APROP with ocular albinism, laser photocoagulation still encompasses an effective treatment for ROP even in challenging cases. Still, according to experts like Dr. Banker, anti-VEGF therapy is a major element in treating ROP, while peripheral damage and follow-up treatments remain a concern with laser therapy. 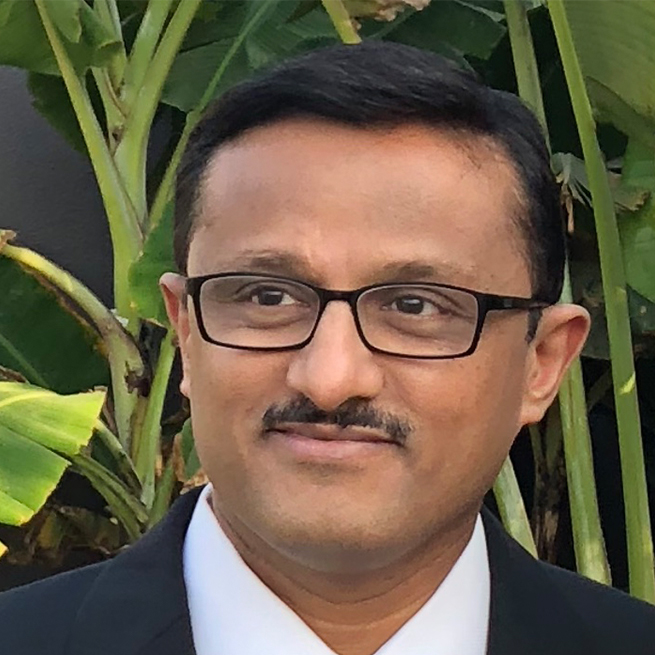 Dr. Alay S. Banker is the director of Banker’s Retina Clinic, Ahmedabad, Gujarat and chief of Gujarat Telemedicine ROP Project (Honorary Services). After completing his MS from Gujarat University where he won the Gold Medal, he did a vitreo-retinal fellowship at Medical Research Foundation, Sankara Nethralaya, Chennai. He then served as a clinical instructor and fellow of Vitreo-retina and Uveitis at University of California, San Diego, USA. Some of his achievements include the International Scholar Award and International Education Award from American Academy of Ophthalmology (AAO), Senior Honor Award and Honor Award from American Society of Retina Specialists (ASRS), APAO Achievement Award 2014, the Late Dr. Piyush Patel Award for Social Service from Ahmedabad Medical Association, Gold Medal from All India community Ophthalmology Society for Community project on ROP and Dr. R. N. Mathur Oration from Gujarat State Ophthalmological Society, 2012. He has also won many Best Paper and Best Poster awards at AAO, USI, VRSI, State meets and AIOS including the Col. Rangachari Award for best paper at AIOS 2013. He is amongst a select few to be invited as a faculty to both the Uveitis and Retina Subspecialty Meets by AAO and to the Vail Vitrectomy Meet. He is a member of the International Uveitis Society Group (IUSG) and the Chief Liaison leader for Asia-Pacific Region to the International Affairs Committee of ASRS. Dr. Banker has published 48 papers in International and national peer-reviewed journals and has written eight book chapters. He has given over 500 guest speaker presentations and over 100 instruction courses at national and international conferences. Email: alay.banker@gmail.com.