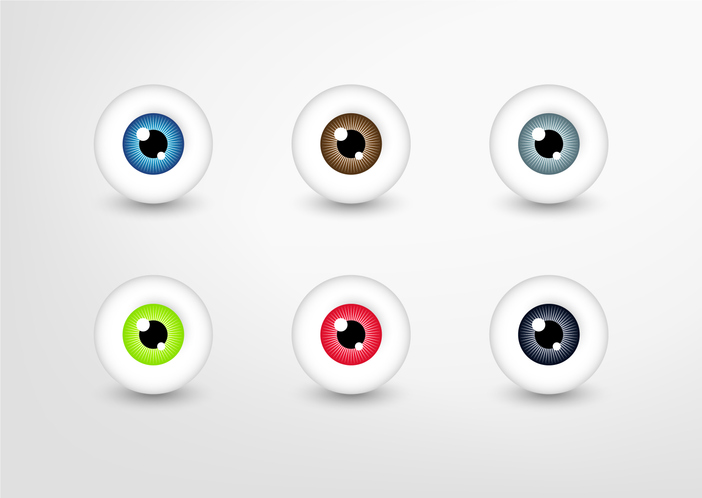 From novel functional vision tests, to treating genetic diseases and discoveries on inhibiting protein cells, innovations are forging ahead despite the challenging environment — and giving a glimpse of hope in the near future.

Despite 2020 being a disruptive year in terms of ophthalmologists’ personal and professional lives, the retina space is continuing to thrive in terms of the development of drugs and devices, said Dr. Firas Rahhal, a partner at Retina-Vitreous Associates Medical Group (Los Angeles, CA, USA) and ExSight Ventures (New York, NY, USA) during the opening of the recently held OIS Retina Innovation Showcase.

Ora’s Executive Director and Therapeutic Area Head of Posterior Segment, Keith Lane, said the company behind 47 ophthalmic product approvals so far, shared how they saw the need to create consistency in the form of modular courses that can be installed in any setting.

They developed four different mobility courses designed to address various levels of visual deficits, as well as the capability to facilitate multi-site clinical trials. Features include well-controlled lighting systems, lighting rigs and independently dimmable bulbs controlled via smartphone or computer. There are also multiple iterations which facilitate repeat testing and prevent memorization with light levels validated for consistency across each course tile for all four courses. To keep the consistency, Ora also offers services to install the course, for light level validation, site training and certification, and reading center grading services.

So far the company has done 24 installations in North America and European locations.

“There are classrooms, auditoriums or hospital room settings, so the flexibility in our lighting control system we use enables us to standardize conditions in all these settings,” Mr. Lane said.

“We’re quite comfortable that we’ve now created an endpoint that supports the development of products for inherited retinal diseases. We’ll hopefully allow these products to make it to market where they can actually help patients with blinding genetic diseases,” he added.

Next on its innovation table is Ora’s AMD endpoint program. It is still in its early stages of development. “The goal of this program is to be able to identify a functional deficit in AMD patients prior to reaching the point where geographic atrophy develops,” explained Mr. Lane.

“What we found is that this test is able to differentiate between normal and non-advanced AMD populations, while traditional endpoints such as visual acuity and Pelli-Robson contrast sensitivity tests are not able to do so,” said Mr. Lane.

These developments add hope to identify a functional deficit in these earlier stage patients that may be augmented by potential therapies. Currently, the company is discussing and negotiating with the FDA on the contrast flicker test.

Regenerative medicine has also been propelling forward in its momentum. Chief Medical Officer Dr. Aaron Osborne of Adverum (Redwood City, CA, USA), spoke on its lead clinical program called ADVM-022, which is an intravitreal (IVT) novel gene therapy candidate for VEGF-driven retinal diseases. It is designed to deliver long-lasting efficacy via continuous delivery of aflibercept in a single injection with a goal to maintain vision, while reducing the treatment burden. So far, trials on three cohorts over the past year (the longest being 84 months for cohort 1) have shown impressive results with no adverse events associated with ADVM-022. There have been zero supplementary anti-VEGF injections when administered at a high dose (of ADVM-022) and significantly reduced supplementary anti-VEGF injections at a low dose with a dose response being apparent. Any intraocular inflammation has been responsive to and manageable with steroid eye drops. There’s no sign of posterior inflammation, vasculitis, retinitis, choroiditis, vascular occlusions, nor endophthalmitis reported.

This IVT gene therapy can also be used for diabetic macular edema (DME) to prolong the effects of aflibercept and potentially prevent sight loss from this condition, as seen in their INFINITY trials.

Next, Dr. Magali Taiel, chief medical officer of Gensight Biologics (Paris, France) spoke about Lumevoq, a gene therapy for Leber Hereditary Optic Neuropathy (LHON) patients. LHON is the most common mitochondrial disease and can cause bilateral blindness. Patients with this disease experience a rapid and sequential drop in vision once it occurs, and within one year, they can become blind.

Lumevoq gene therapy specifically targets the mutations that cause this genetic disease.

Gensight’s RESCUE & REVERSE studies, in collaboration with the EMA (European Medicines Agency), included patients with vision loss of less than 6 months (REVERSE) and patients with vision loss of more than 6 months (RESCUE). They found close improvement patterns in both Lumevoq and sham treated eyes. To compare with the natural history of the disease, they also completed another study called REALITY.

The results were remarkable, with patients reaching close to 6 lines of improvement (28 letters) for REVERSE and about 5 lines (26 letters) for RESCUE.

“These improvements are far above the three line threshold commonly accepted at the clinically meaningful level of visual improvement,” Dr. Taiel said. She added that in subsequent non-human primate studies they discovered there was DNA transfer of Lumevoq from the injected eyes into the non-injected eyes.

“Our immune technology is based on a nanoparticle platform to deliver and optimize on our biological response,” Dr. Genead said. He added, “We have a lead asset called AVD-104 (glycan-coated nanoparticle) which is a lead optimized nanoparticle in IND-readiness phase for dry AMD.”

He said they try to target the macrophages via Siglecs (sialic acid binding immunoglobulin-type lectins) modulation while explaining the biology of their mechanism.

Dr. Genead further said Aviceda is the only therapeutic platform with the flexibility to fully address the innate immune system.

In another development, clinical stage company, Iveric Bio (New York, NY, USA) has developed Zimura, which blocks the C5 cleavage complementary pathway in an attempt to treat dry AMD and geographic atrophy. The company’s Executive Vice President and Chief Business and Strategy Officer Dr. Pravin Dugel, said there is positive data for the first two phase 3 trials with a statistically significant reduction (27%) in geographic atrophy growth over 12 months, with potential expansion into intermediate and wet AMD areas. “Preserving C3 while inhibiting C5, we believe is key to the success of Zimura,” he said. C3, Iveric deems, plays roles in ischemia-reperfusion.

Meanwhile, jCyte (Newport, CA, USA), which was founded out of UC-Irvine, introduced their stem cell technology, which delivers stem cell therapy through a simple intravitreal injection for retinitis pigmentosa, and is undergoing clinical trials. CEO of jCyte Paul Bresge said their phase 2b shows promising results in retinitis pigmentosa (RP). They are currently preparing for a global phase 3 trial for RP in collaboration with Ex-U.S. licensing partner Santen (for Q4-2021). How it works is that their proprietary jCell Intravitreal Cell Therapy can remain in the vitreous for extended periods, up to 12 months, after injection. The jCell does not target a particular genotype, but releases neurotrophic factors to reduce photoreceptor cell death and promote the function of existing photoreceptors.

In summary, all eyes are looking toward these innovations coming into fruition in the near future. Dr. Rahhal also mentioned there are other innovations in the pipeline like drug delivery technology — and large and small companies are aware of this need. As a heads up, Genentec is developing a surgical implant while other companies like Re-vana, EyePoint and others, are developing solid and gelatinous carrier-type molecules to make the drugs last longer.

These discoveries and innovations will subsequently be featured on OIS so stay tuned for the next showcase.